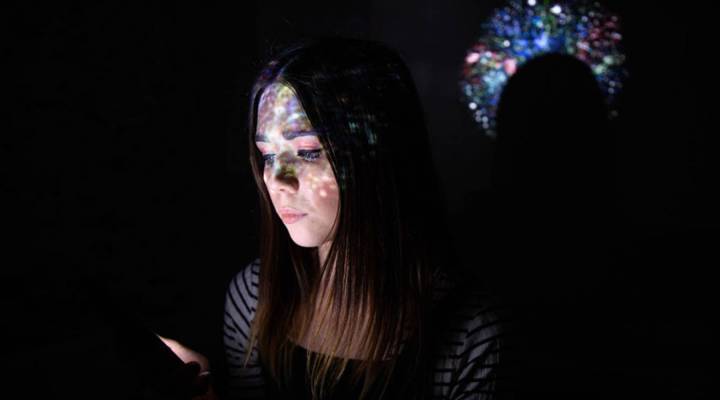 One year ago, the credit company Equifax announced a cyberattack had compromised the personal information of about 143 million unknowing consumers. The company’s advice at the time: Freeze your credit. Many people did that, with fees in some instances. Meanwhile, Equifax is pretty much back to business as usual. Stocks are about the same price as they were a year ago, and the business is healthy overall. We were curious about what the breach has meant for people over the past year, and why Equifax has been able to weather the breach more easily than the average consumer.

Yanely Espinal, who runs a Youtube channel devoted to financial literacy called Miss Be Helpful, acted quickly when news broke about the massive Equifax data breach. She did some research and applied for a complimentary credit freeze from the company, even though she had no plans to apply for a loan nor expected to need a credit check for a while.

Her credit is still frozen, and she said her information feels safer because of it.

Ron Penick, who is a financial consultant, said he froze his credit, too. First, last March, he froze with Equifax; then, he paid for a freeze from the two other credit reporting agencies, Transunion and Experian.

Frozen is where he wants to be.

“I don’t see myself unfreezing it any time soon just because there are so, so many institutions that are getting hacked,” he said.

For his clients, he said he gave them the pros and cons of a credit freeze in order for them to make their own decisions.

Chi Chi Wu, staff attorney with the National Consumer Law Center, had her credit frozen well before the Equifax data breach after her wallet was stolen. She said she wasn’t surprised the Equifax breach happened, but she was stunned by its magnitude. She decided to keep the freeze in place after the Equifax breach.

When it comes to help for consumers after a data breach, Wu described the credit freeze approach in four words:

“Basically, that’s been it.”

Equifax will not publicly release how many of the 148 million consumers whose data was breached applied for a credit freeze. Wu said what’s certain is that there have been no major steps toward holding the company accountable.

“There haven’t been any civil money penalties imposed on Equifax. There hasn’t been any restitution,” she said.

Equifax’s stock price today is about the same as it was last year when the news broke. Second quarter net income this year: down 12 percent compared to last year.
In part, the company said that’s because it’s spent $300 million to rectify the breach — money that’s gone mostly to legal fees and a more robust cybersecurity plan. A report spearheaded by Sen. Elizabeth Warren, a Democrat from Massachusetts, said that Equifax not only failed to prevent the breach, but has inadequately addressed helping consumers after their information was compromised.

In a statement to Marketplace, Equifax noted its leadership changes and added: “We will increase our investment in security and technology by more than $200 million. Nothing has been off the table when it comes to addressing data security.”

The story’s not over, though.

Lawsuits against Equifax are moving through the courts in many states. If your information was hacked, you might even be part of a class action lawsuit. (Unless you opt out and sue Equifax on your own. Some have.)