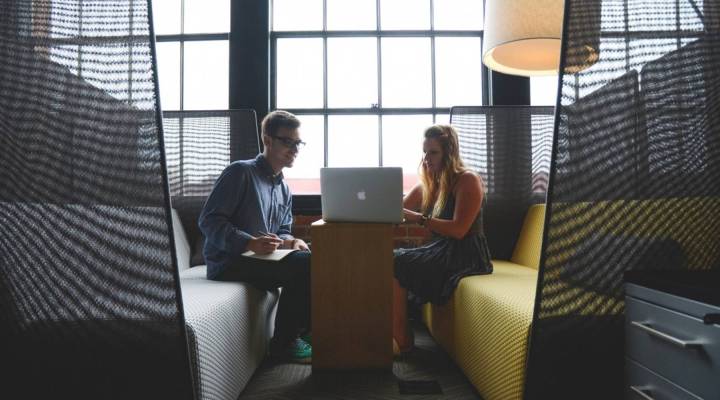 As wages stagnate, the Trump administration has argued that wage data should include fringe benefits like health care and paid leave. Back in July, wages increased 2.7 percent from a year earlier, the same as the two previous months.

However, adopting these measures could end up distorting the data, over-weighting benefits that are mostly granted to higher-income full-time workers.

That got us thinking about some of the perks companies are offering to try and entice potential employees. Here’s a look at some of the most unusual ones.

1) Egg freezing: Apple, Google and Facebook, along with other tech companies, provide female employees with the opportunity to preserve their eggs if they want to have children at a later date — a procedure that can cost at least $10,000. However, critics argue the procedure is burdensome and point out that it encourages women to place career over family.

2) Pet insurance: Some perks aren’t just limited to humans. Scripps Health — a nonprofit health system in San Diego, California — provides “comprehensive coverage for accidents, illnesses and routine care.” That includes savings of up to 90 percent on your pet’s vet bills after a $100-per-incident deductible.

3) Death benefits: At Google, a deceased employee’s spouse or domestic partner is entitled to 50 percent of his or her salary for the next 10 years. And each child of said employee will receive $1,000 per month until age 19 (or age 23 for full-time students).

4) Tuition reimbursement: A rising number of employers are paying for you to learn. Starbucks will give you a full ride if you enroll in Arizona State University’s online program, while AT&T provides up to $8,000 a year in tuition reimbursement. Meanwhile, other employers will help you with any student loan debt. Choptank Transport, a logistics company in Maryland, announced last year it would match payments up to $1,500 a year.

5) Very, very long vacation times: Netflix and LinkedIn have “unlimited” vacation policies, basically meaning they won’t monitor their employees’ time off. LinkedIn says there’s no minimum or maximum amount of time employees can take in a year, and that they’ll work with their managers to request time off when needed. However, some experts say that the lack of structure means employees might not have that “push” to actually take a break. (Less than half of U.S. workers are using their vacation days, according to a U.S. Travel Association survey.)

6) Boat parties: If workers need to decompress, sometimes they can board the company yacht. Automotive company JM Family Enterprises cites the perk as part of its “work/life additional benefits” alongside more standard fare, like a 401(k), while repair company iCracked provides the company sailboat for employee outings.

7) Gender reassignment: As part of an effort to commit to greater diversity in the workplace, many companies are helping to pay for gender assignment procedures, including hormone therapy. Netflix and Facebook have jumped on board with these benefits in recent years; Goldman Sachs began offering employees this benefit as far back as 2008.

8) Free meals: Silicon Valley is notorious for this: from kombucha on tap to cafeterias at Apple and Google that double as tourist attractions. Some, like the productivity software company Asana, will provide food throughout the day.

9) Side cash for working out (or sleeping): Several companies, like the online mattress maker Casper, are giving cash rewards to employees who hit the gym, all with the aim of promoting healthy habits. (At Casper, you get $20 per fitness or class visit, and if you track your sleep via the app IncentFit, you’ll get $2 a night.)

10) Charity: Employers are trying to encourage philanthropy by providing some paid time off to workers who volunteer, including Deloitte Consulting, which grants “unlimited” paid time off, and PCL Construction, which provides 50 hours of paid time off and the chance for employees to win a $200 check for the charity of their choice.