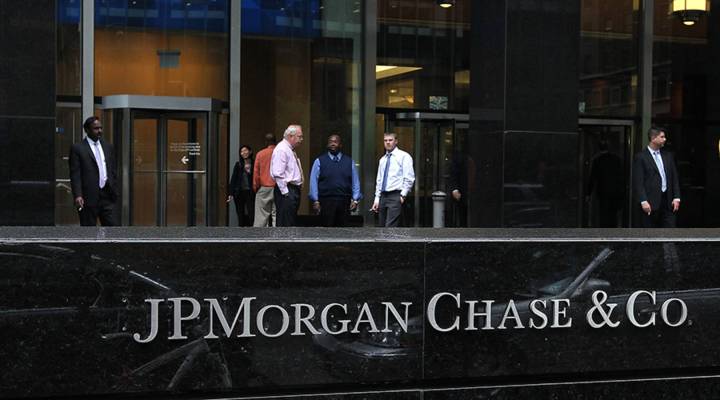 Trading stocks isn’t what it used to be. It’s a whole lot cheaper, especially for small investors who use E-Trade, Charles Schwab and Betterment. They’ve all been slashing fees and restrictions in a battle for our business. But this week, JPMorgan Chase big footed them all, with an app that lets its 60 million customers trade for free.

“They’re basically facing threats from two sets of players,” said Anindya Ghose, the author of “TAP: Unlocking the Mobile Economy.” He said for years big banks didn’t want this business and and were charging as much as $25 per trade. But now 20 million people are using web-based and mobile trading apps, and the big banks have been lowering their fees to try to catch up.

“In a market that’s so competitive and so saturated with so many options for customers, it just doesn’t make sense to have a service that charges, you know, three times, four times what everybody else is charging,” he said.

And there may be some benefits for small investors, according to Judith Fox, a professor of consumer law at Notre Dame, who up until a few months ago was on the board of the Consumer Financial Protection Bureau. She said for small investors, free trading “would be a good thing, because sometimes it’s just prohibitive because the amount of fees, you know, you’re not going to get anywhere.”

And with a market that seems to know only one direction — up — investing without guardrails doesn’t feel that risky. Fox said that could be a problem.

“It’s almost too easy, and people are going to be doing this who really don’t know what they’re doing,” she said.

JPMorgan Chase said it will give investors access to its stock research. Joshua Charles, a trader in Rockville, Maryland, said novice investors may not have the financial knowledge to make sense of it all.

“You can go out and get great advice online,” he said. “But if you don’t really understand how all that parlays into your bigger picture, you could do something that could actually hinder or hurt yourself in the long run.”

Especially if the market takes a turn.

JPMorgan Chase has a different big picture in mind. Kelli Keough, who heads up digital wealth management at JPMorgan Chase, said the strategy is to use free trade to pull in people who have JPMorgan Chase accounts and invest elsewhere and to sign up first-time investors.

“We know that clients who have more relationships with us and do more things with us, the more that they do, the less likely they are to leave us,” she said.

But everybody is in the relationship game. And analysts say JPMorgan Chase’s free move could force competitors to lower their fees, too.