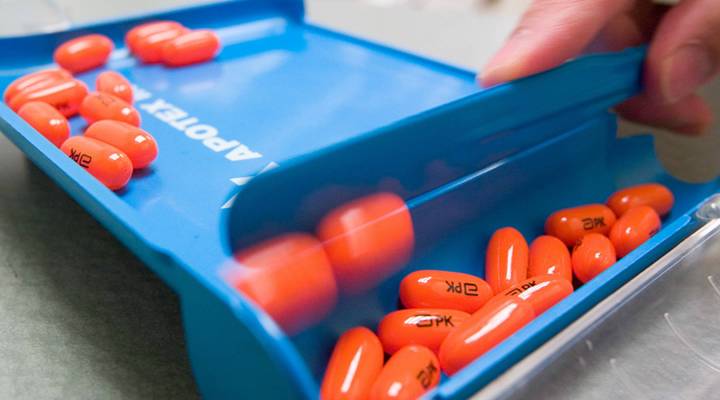 The Trump administration says pharmacy benefit managers (PBMs) perpetuate high drug prices. In Ohio, the state’s Medicaid program tore up its contracts with PBMs, saying the companies need to change their business models if they want back in.

PBMs play a big role in how much we pay for prescription drugs, but what, exactly, is a PBM? And why are they taking so much heat?

A PBM’s most important job is to haggle with Big Pharma to get the lowest possible prices for prescription drugs. Insurers and big employers who run their own insurance plans don’t want to do that, so they line up to hire PBMs as a go-between.

You can think of PBMs like real estate agents, said Ashley Swanson, University of Pennsylvania economist. “They are doing a lot of complicated stuff, acting as an intermediary and performing all of these services. And the idea is they do it a lot so they are going to be good at it.”

These companies started modestly in the 1960s but have grown into a $450 billion industry today, and serve more than 250 million Americans. PBMs have succeed because they are pretty good at mixing it up with drug companies, said Craig Garthwaite, an economist at Northwestern University. “If you or I decided we were going to go to Pfizer and say ‘I’d like to pay less for the drug,’ Pfizer is going to go tell you to go pound sand.”

Pfizer wouldn’t say that to big PBMs like Express Scripts or CVS, or even smaller players because PBMs draw negotiating power by pooling all their customers together. But size is just part of the equation.

“In order to get pharmaceutical manufacturers to cut a deal on price, you have to be able to say no,” Swanson said. She said the secret to securing rock-bottom prices comes from PBMs creating a list of drugs they will cover. This is called a formulary. If a PBM doesn’t get a good price, it will keep the drug off its list, which means a person can get his or her medicine only by paying full price.

To have access to a PBM’s consumers, drug makers often agree to steep discounts, said Geoffrey Joyce, USC economist. “That price competition in theory is good. In theory it can save consumers money,” he said.

But here’s the thing; contracts between PBMs and drug makers are secret. “No one really knows how badly they are getting ripped off. Know one knows what type of a rebate the PBM got,” Joyce said. So those who hire PBMs are kind of in the dark. They don’t know how much of the money that PBMs wrestle away from drug companies gets passed on to insurers and employers, and how much the PBMs keep for themselves.

But Sharon Frazee with the Pharmacy Benefit Management Institute, which represents PBMs, says those same industry profits prove PBMs are playing a critical role in keeping drugs costs in check. “People could contract directly with manufacturers but that almost never happens,” she said. “Because I think there is value seen in the expertise that PBMs bring to the marketplace.”

As drug prices continue to climb, more people are troubled by PBMs’ business practices. They wonder how much these middlemen are lowering drug spending or just padding their own pockets.