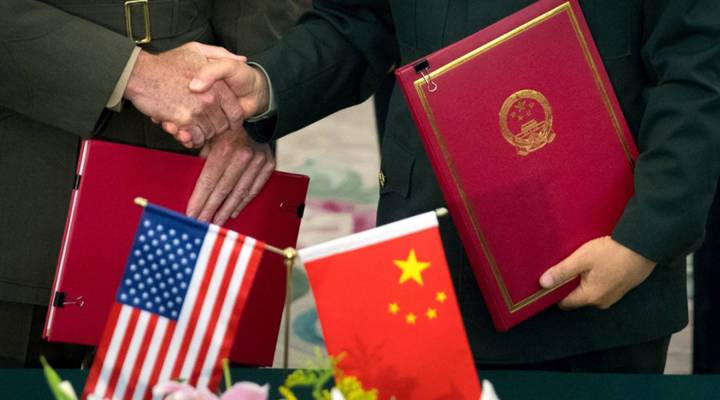 Trade talks between the U.S. and China resumed Wednesday, even as both sides planned to put more tariffs in place this week.

The United States will levy an additional $16 billion of tariffs on Chinese imports beginning Thursday, bringing the total in effect to $50 billion. The U.S. Trade Representative is also holding hearings this week on its proposed list for another $200 billion in tariffs.

The latest talks are unlikely to resolve trade tensions between the world’s largest two economies. Previous talks, including two trips by high-level U.S. delegations to China in May and June, were unable to stem escalating trade tensions.

But trade experts say now is the time for negotiators to get specific with their wish lists and establish measurable steps toward gradually easing tensions.

“Unfortunately, this whole China trade war has been discussed in such a broad brush,” said Mary Lovely, a professor at Syracuse University who specializes in international trade and investment. “It’s already led the public to expect that we’re going to get something out of China that has to do with them buying more of our goods or us restricting their imports.”

Such short-term goals are exactly what the U.S. should avoid, Lovely said. Instead, negotiators should seek specific policy changes that will address the reason for these tariffs in the first place — U.S. allegations that China treats American firms unfairly with respect to their technology and intellectual property.

China is working to develop its own high-tech sector, including significant funding to bolster certain industries identified in its Made in China 2025 initiative.

Instead of seeing those investments as a competitive threat, they could be viewed as a source of compromise, said Marc Busch, a professor of international business diplomacy at Georgetown University.

He suggests negotiators seek “some assurance that China will not block the fruits of any state-sponsored R&D from benefiting U.S. producers. So in a way, the irony is, we’re asking for us to benefit from their massive outlay of R&D.”

However, bilateral negotiations may have limited impact in pressuring China to make significant structural reforms, according to Christine McDaniel, a senior research fellow at George Mason University’s Mercatus Center.

She sees more promise in U.S. meetings this week with the European Union and Japan.

“Just us asking China to do something has very limited effects,” she said. “We need more allies to really make this work. We can’t do it alone”