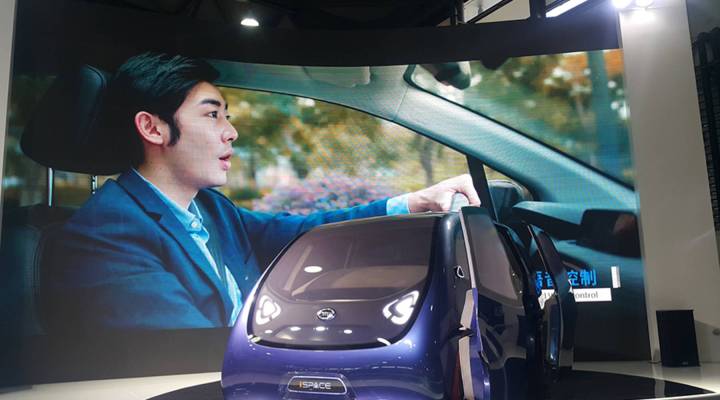 The U.S. and China are engaged in lower level trade talks in Washington this week. Though President Donald Trump has said he doesn’t expect any breakthroughs, many Chinese businesses are hopeful.

Both nations have engaged in tit-for-tat tariffs on some two thousand items.

Even so, many of the Chinese companies affected have told Marketplace they feel rather optimistic.

“We do not think this is a big problem. The trade dispute will be resolved soon. We are confident about this,” said Juliet Yang, who’s in the pecan business.

Her firm imports raw pecans from the U.S., roasts them and adds flavors before selling them on to Chinese distributors.

She first spoke to Marketplace back in May, a few weeks after China imposed retaliatory tariffs on U.S. food exports, including an extra duty on American pecans of 15 percent.

Now, China has raised the tariff to 40 percent.

Yang is undaunted. She told Marketplace that she still hopes the U.S. and China will call off the tariffs in the next few weeks before the pecan season begins.

Of course, some businesses will downplay the impact of U.S. tariffs to save face. Others may stick to the Chinese government line, which is that tariffs will hurt America more than China.

The U.S. accuses China’s government of  working aggressively to undermine America’s high-tech industries and economic leadership through unfair trade practices and industrial policies. It cites the Asian nation’s Made in China 2025 plan as an example. China’s leaders rarely address the U.S. allegations directly.

However, Chinese academics, exporters and citizens interviewed by Marketplace over the last few months say the trade dispute and tariffs are designed to stunt China’s  economic development.

The Shenzhen firm behind the Handiblox toy robot is trying to break into the American market despite the U.S.-China trade dispute.

At the Asia Consumer Electronics Show in Shanghai this past June, Chinese firms remained upbeat.

Claudia Zhou, who handles the firm’s overseas sales, said her product was initially on the U.S. tariff list but, to her delight, it was later dropped from the list.

“Trump is a very cunning president. I believe that he values access to the Chinese market, and he won’t keep China’s sellers out of the American market either,” Zhou said. Her company plans to expand into the U.S. market through electrical retailer Best Buy and some American wholesalers.

For some Chinese manufacturers, even the threat of tariffs may affect business in the long term.

One maker of medical supplies told Marketplace that his orders dropped after his products were initially included on the U.S. tariff list on $50 billion worth of Chinese imports.

His items were later removed from the tariff list, but he said orders from American clients have not returned to normal levels.

He did not want to be identified because, he says, trade is a politically sensitive topic and he fears he could get into trouble with the Chinese government.

The medical equipment manufacturer said he is still hopeful that the leaders of the U.S. and China will settle the trade dispute soon because the two countries’ economies are so interdependent.

Wuxi Xinren Universal Machinery company mainly makes pile drivers for the American market and the products have recently been subject to a 25 percent U.S. tariff. Luckily his U.S. partner hasn’t asked him for a price discount.

His factory in the eastern city of Wuxi, near Shanghai, produces pile drivers that have been exported for construction projects across America. These products have recently been subjected to a 25 percent U.S. tariff.

However, Wang said, most of his Chinese competitors think his firm is lucky.

“Our U.S. partner has decided to pass the extra costs to customers by raising its own sales price by 25 percent,” Wang said.

Still, he is thinking of ways to reduce costs for his U.S. client. He says the steel frames needed to guide pile drivers are subject to U.S. tariffs too. Wang is now planning to manufacture the frames and other accessories in America and avoid the duties.

Wang said he is preparing for a drawn-out trade dispute between the U.S. and China.

“Even if the two sides reach a consensus, I think the trade relationship will follow the trend of protectionism,” he said.

But, he said few of his industry colleagues share his concern.

“My friends in the industry, the Chinese media, pundits and even my U.S. partner are all too optimistic that the trade dispute will be resolved soon,” he said.