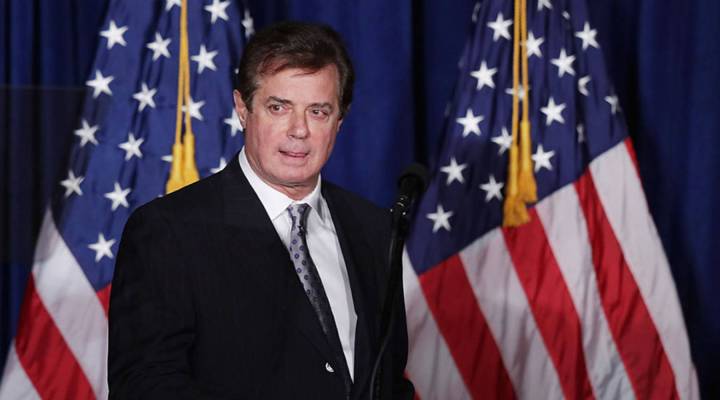 Paul Manafort, the longtime political operative who for months led Donald Trump’s winning presidential campaign, was found guilty of eight financial crimes Tuesday in the first trial victory of the special counsel investigation into the president’s associates. A judge declared a mistrial on 10 other counts the jury could not agree on.

The verdict was part of a stunning one-two punch of bad news for the White House, coming as the president’s former lawyer, Michael Cohen, was pleading guilty in New York as part of a separate deal with prosecutors.

The jury returned the decision after deliberating four days on the charges of tax evasion and bank fraud against the former Trump campaign chairman.

The outcome almost certainly guarantees years of prison for Manafort and established the ability of special counsel Robert Mueller’s team to persuade a jury of average citizens despite months of partisan attacks — including from Trump — on the investigation’s integrity.

The verdict raised immediate questions of whether the president would seek to pardon Manafort, the lone American charged by Mueller to opt for trial instead of cooperate. The president has not revealed his thinking but spoke sympathetically throughout the trial of his onetime aide and at one point suggested that he had been treated worse than gangster Al Capone.

The more than two-week trial, presided over by the colorful and impatient U.S. District Judge T.S. Ellis III, has captured Trump’s attention as he works to undermine Mueller’s investigation through a constant Twitter barrage and increasingly antagonistic statements from his lawyer-spokesman, Rudy Giuliani.

But Trump and his campaign were only a small part of Manafort’s trial as jurors instead heard days of testimony about Manafort’s finances and what prosecutors say was a years-long tax-evasion and fraud scheme.

Manafort decided not to put on any witnesses or testify himself in the trial. His attorneys said he made the decision because he didn’t believe the government had met its burden of proof.

Manafort’s defense team has attempted to make the case about the credibility of longtime Manafort protege, Rick Gates, who served as the government’s star witness. They have attacked him as a liar, embezzler and instigator of any crimes as they try to persuade jurors that Manafort didn’t willfully violate the law.

For the prosecution, Gates was the star witness, spending three days before the jury, telling them how he committed crimes alongside Manafort for years. Gates admitted to doctoring documents, falsifying information and creating fake loans to lower his former boss’s tax bill. He also admitted to stealing hundreds of thousands of dollars without Manafort’s knowledge by filing fake expense reports.

But the government’s case wasn’t all about Gates. Prosecutors spent two weeks presenting a meticulous, document-based case before the jury as they sought to prove Manafort used offshore bank accounts to conceal millions of dollars in proceeds from his Ukrainian political consulting from the IRS and later turned to defrauding banks.

They called carpenters, landscapers and clothiers to attest to how Manafort paid for his lavish lifestyle of expensive suits and elaborate properties through offshore wire transfers from shell companies in Cyprus and elsewhere. They also brought in bankers and accountants to tell jurors how when Manafort’s foreign consulting income dropped off, he turned to obtaining millions of dollars more in bank loans under false pretenses.

And perhaps most importantly, the government read from Manafort’s own emails as they laid out their case, including messages where he personally directed withdrawals from the offshore accounts he never reported on his tax returns.

Some of other emails admitted into evidence in the case revealed Manafort’s lobbying of Trump son-in-law Jared Kushner on behalf of Stephen Calk, the chairman of Federal Savings Bank. Prosecutors say Calk approved $16 million in loans for Manafort — despite several red flags — because Calk wanted a job in the Trump administration.

The emails showed that in the weeks after the 2016 election, Manafort urged Kushner to consider Calk for Secretary of the Army, a position Calk had put at the top of his list in an earlier email to Manafort. Calk also listed seven other senior domestic appointments and 18 ambassadorships — ranked in order of preference — that he would accept.

Kushner respond to Manafort’s email by saying, “On it!” But Calk ultimately did not get an administration post.

The trial in Alexandria, Virginia, is the first of two for Manafort. He faces a trial later this year in the District of Columbia on charges of conspiracy against the United States, conspiracy to launder money, making false statements and acting as an unregistered foreign agent for Ukrainian interests. He is also accused of witness tampering in that case.