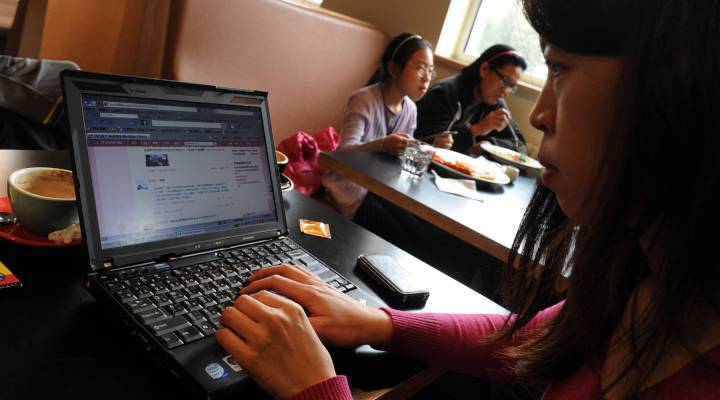 How much do you pay for internet service each month? The National Digital Inclusion Alliance found that lots of customers are paying about $60 a month for their internet packages. Some get super slow internet speeds, while others get super fast speeds. Marketplace Tech guest host Amy Choi talked to Angela Siefer, executive director of the NDIA, about these speed disparities and the impact. Siefer described what service might look like for a household paying full-service prices, but stuck with outdated internet infrastructure.

Angela Siefer: It’s OK probably if it’s just you and you’re checking email. It might even be OK if you want to run a show on Netflix. But say you have a couple of children, and you have a spouse, and if one of your children has a friend over – you are out of luck. It’s when you have start to have multiple devices, it’s more an issue of household size.

Amy Choi:  So what does it look like at the high end for somebody paying that same price?

Siefer: It looks really sweet, is what it looks like.

Siefer: Right. Your kids have their friends over, your parents are visiting, somebody needs to do their online banking, and somebody else is uploading their homework … so your kids are doing all these different things, and some of them might be for fun and some might be for school. It doesn’t matter. It’s all going smoothly.

Choi: So, there’s kind of an assumption that this is a rural problem. But this can also happen in cities when there is not very much competition, is that right?

Siefer: This is definitely an issue that should bring people together. This is an issue in rural areas and urban areas. It’s an issue in rural areas because it’s not profitable for internet service providers to roll out in areas where the customers are far apart. It’s also an issue in urban areas where providers have chosen not to upgrade their old copper networks. So, we have community members in both kinds of places who are paying way more for their internet than really seems fair.

Choi: Why is home broadband internet so important for access when people can also access via their phones or on any sort of mobile device?

Siefer: So, mobile is not a solution because of data caps. That’s the super-fast answer. You can’t do everything you need to do with your data cap. If you don’t have a data cap, you might be able swing it, along with free Wi-Fi, whenever you can get near free Wi-Fi. But if you have a data cap, and you have a household that more than one person in it, it is insufficient.