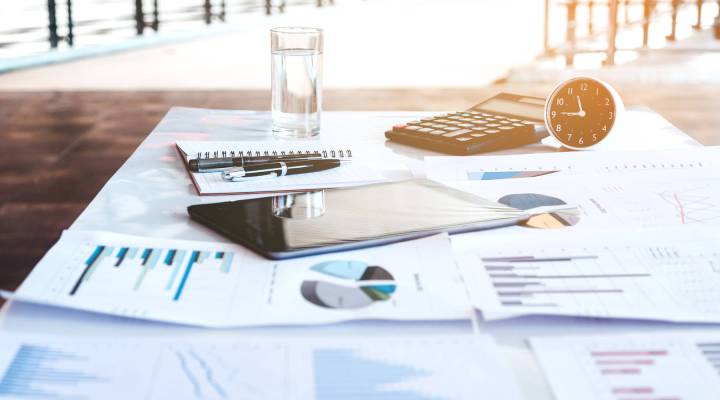 As we age, one of the things that sometimes gets lost in the mix is how we’ve handled our money. Did we save enough? What will our retirement be like? And if that’s not enough, now add another worrisome element to the mix: retirement scammers. Con artists of all types are finding ways to sap the savings of aging retirees. Here to talk to us about what the government, the financial industry, and you can do about it is senior economics correspondent Chris Farrell.

You were at a conference when this came up, this notion of “what if the crooks or a bad family member got into a person’s retirement fund?” I mean, that would be devastating.

It would be, and I hadn’t thought about it … it was the Retirement Research Consortium, an annual meeting in Washington D.C. Professor Olivia Mitchell, she’s from Wharton, and she gave this talk, and what she raised is with the aging of the population, and people are more and more reliant on 401(k)s and 403(b)s, these retirement savings plans and most people, they take them as a lump sum. So rather than stealing your income, as you mentioned, the Social Security check, the pension check … that’s bad. But the con artists, the scamsters, the fraudsters, what if they can get at your whole 401(k)? She said this is a growing problem and this is one of the things we need to be focusing on, and I’m sitting there and I was chilled.

There are all sorts of ways some of these accounts could become vulnerable.

Exactly. So this is where there’s a movement in the financial services industry. And one of the things that Congress did and the president signed recently, and this was a good move, and it’s called the Seniors Safe Act. And this provides for financial advisers and financial firms essentially a safe harbor from worrying about violating privacy laws or certain liabilities, so if they see some suspicious activity going on they can highlight it. But, a lot more needs to be done because the population is aging. We’re not exactly the most financially literate population in the world,  I mean, you’ve seen all those studies, you’ve had all those conversations about people not having much savings, not understand how inflation works, how interest rate works. And then you raise the issue about mild cognitive decline, the kind of decline that comes as we get older. So we have a vulnerable population, and a lot of them are going to have a lump sum of money that boy, if there’s a lump sum of money that the con artists get their hands on, they’re going to go for it.

Now, an important line of defense – not just financial advisers noticing some discrepancy or the local bank manager noticing a discrepancy – is family members, right?

Family members are extremely important. There’s been this long literature and this long discussion about [how] you need to do estate planning, you need to have a will and how do you want to get your assets distributed. Well, estate planning now means adding as your parents get older, or as you get older, to take into account cognitive decline and how do you want your finances to be handled. Who do you want to have power of attorney? How do you want your accounts handled? So this is extremely important for family members to discuss, now I understand, this is not the most fun discussion in the world. No one really wants to have this discussion, but you need to have it in order to protect your aging parents, your aging relatives your aging friends.

Yeah, it’s not just not fun, it’s super awkward. Because if a person has their assets, it’s their assets and they may not want to surrender their control over their assets.

Well, it’s a large part of our independence. It’s who we are. But the research is fairly compelling that one of the first things that tends to go when you’re suffering from some cognitive decline — and I’m not talking dementia or Alzheimer’s, I’m just talking just processing a little more slowly — one the first things to go is the ability to manage your money. So again, yes it’s an awkward conversation. I wouldn’t recommend opening this conversation at Thanksgiving dinner or a major holiday or when you’re celebrating Labor Day. But, bring it up slowly over time and work with your family in order that everybody is on the same page. Sad to say, the scamsters are really clever, so you have to come up with a plan to fight them.

We’re working on a series about the financial vulnerabilities that older people face. If that sounds like you, and you’ve been the victim of a financial scam by a company, family member or anyone else — would you talk with us about it? Let us know at MorningReportComments@marketplace.org