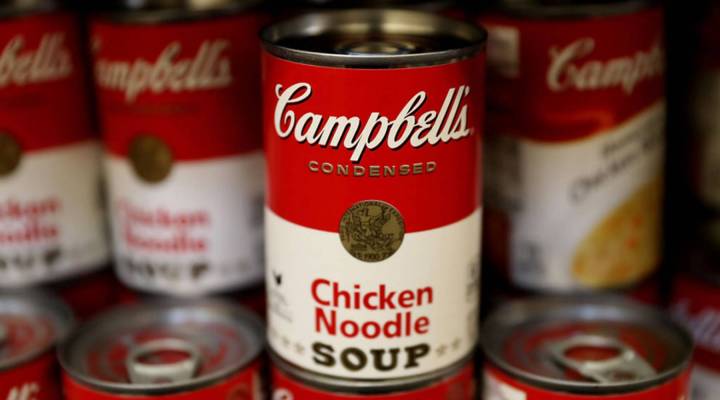 There is a certain circle of life quality to corporate finance in this economy. Almost every day on Wall Street, big investment companies like hedge funds and private equity firms go looking for companies to invest in or to acquire.

This happens all the time with lesser-known companies, but just this week, it happened with the Campbell Soup Co. Its soups are an iconic American brand, and the company’s been around for 149 years, but looking at its flagging soup sales alone, you can tell it’s a bit of a dinosaur.

“When was the last time you bought a can of soup?” said John Stanton, a professor of food marketing at St. Joseph’s University in Philadelphia and a former consultant to Campbell. He said the $12 billion company hasn’t kept up with changing consumer demands.

Legacy brands are catnip for hedge funds like Third Point, which revealed this week it owns 5.6 percent of the company’s stock. Hedge funds are scouring the market for companies whose stock they think could be worth more.

“For many [hedge funds], the starting point starts with the stock price, and whether a company operates across multiple business lines,” said Anil Shivdasani at the University of North Carolina.

Campbell stock is down 23 percent over the last year, and it has multiple lines of businesses that could be sold, like snacks and fresh foods. Third Point would like to force an outright sale of the company.

Greg Taxin at Spotlight Advisors, a firm that helps companies handle activist investors, said Campbell’s board has no choice but to take the hedge fund seriously.

“Is there really a buyer or a merger partner that could create more value for shareholders than Campbell’s believes it can create as a standalone entity?” he said.

Even if there is, things could still get messy. The extended family of the chemist who invented condensed soup owns 41 percent of the company. But Taxin said Third Point probably didn’t invest nearly $700 million in Campbell without making some calls first.