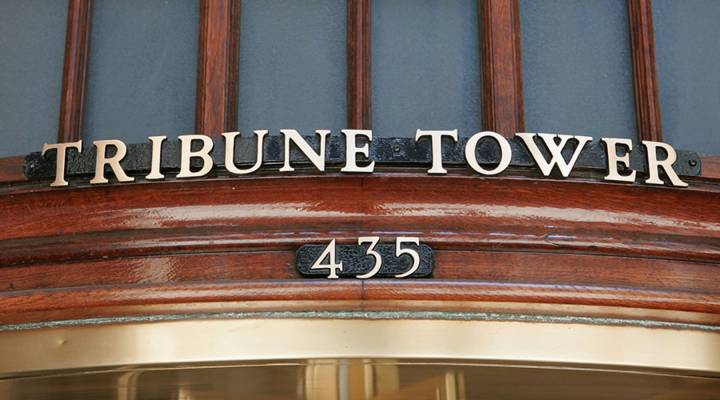 COPY
Brass letters mark the entrance of the Tribune Tower. Much have the iconic building has been converted for residential purposes. Scott Olson/Getty Images

Brass letters mark the entrance of the Tribune Tower. Much have the iconic building has been converted for residential purposes. Scott Olson/Getty Images
Listen Now

Today we learned that the merger of Sinclair Broadcast Group and Tribune Media Co. has been called off. Albertsons and Rite Aid also announced their merger will not happen.

That’s two big breakups on one day, but in the grand scheme of things, merger failures aren’t that rare. It happens about 20 percent of the time, according to David King, an associate professor at Florida State University, who has studied merger success and failure.

The reasons: Sometimes the government vetoes the idea or chokes off the deal with a host of requirements over antitrust concerns. Other times, the companies that intend to merge realize that their internal operations and cultures are just too different. Or they may discover problems or flaws that were not apparent before the merger.

“Some of these transactions work very well when they are examined on paper, but then they fail because culturally-speaking, the merging organizations are not that compatible,” said Matteo Tonello from the Conference Board.

And what are the odds of success once two companies do tie the knot?

“Roughly half the deals create value (for the merged company), and half fail to create value,” King said.

Still, King said, those 50/50 merger odds are actually better than some other investments. Take, for example, research and development. R&D money, according to King’s analysis, fails to produce commercially-viable products about 70 percent of the time.