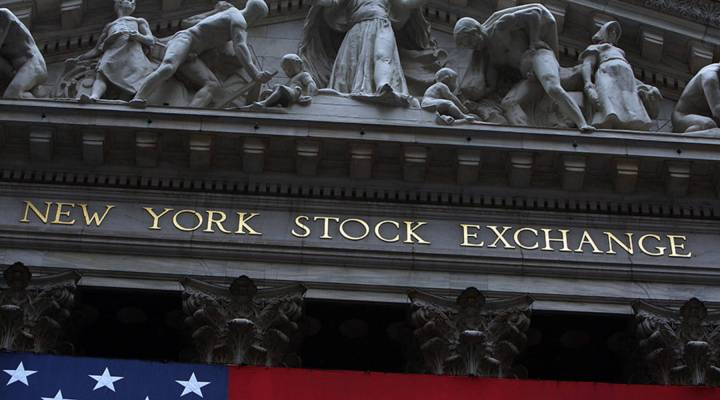 Analysts at Goldman Sachs say S&P 500 companies are on a shopping spree, buying up shares of their own stocks. In a letter to clients this month, Goldman projected that by the end of the year, those stock buybacks will total $1 trillion, an all-time high, according to Bloomberg.

One reason companies buy back stock: it takes some of their shares off the market, making each one more valuable.

“Because of the laws of supply and demand, that boosts their stock price,” said Sarah Anderson, global economy director at the Institute for Policy Studies. “And that makes their shareholders happy and it makes their executives happy.”

Companies may be going on a buyback binge now because they have the money to spend, thanks to a roaring economy and the Republican tax cut, which sliced the corporate tax rate from 35 percent to 21 percent.

There are other things companies could be doing with their tax cuts, like hiring workers or raising wages. Charles Wang, a business professor at Harvard, said it’s not clear yet whether that’s happening.

“Unemployment is declining, so companies are hiring more employees, and we have seen wages go up. Now whether or not that’s a result of the tax cut, that’s a very difficult question to answer,” Wang said.