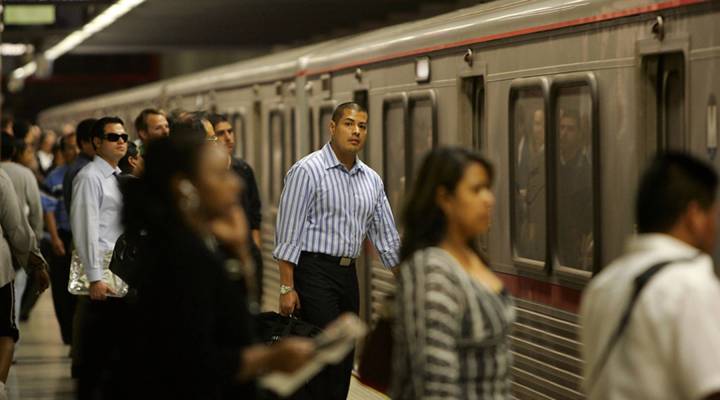 We hear all the time that the labor market is strong. Unemployment is at record lows. Most qualified workers aren’t out looking for a job because they have one already. So employers are eager to keep their workers, and keep them happy. Happy enough to pay them more? It appears so. New numbers from the Labor Department show that worker compensation increased by 2.8 percent year-over-year – which is the fastest pace in nearly a decade. While some workers may have gotten a raise last year, others got new benefits paid for by the company.

We were curious about the situation on the ground, so we took to the streets of LA to ask people what their employers have done for them lately.

Cristina Ruelas, who works for a charter school management firm, told Marketplace that employers are paying for new types of insurance that she had never heard of before.

Eva Medina has worked at the same law firm as a paralegal for 18 years. Her company typically gives their employees a 2 percent raise annually, which wasn’t enough to meet her rising housing costs.

“The cost of living is going up so much. Everything is going up, except for our pay … unless you cry. I had to cry last year and I got 5 percent,” she said.

Coleman Richardson works in marketing for a nonprofit organization. He’s still waiting for a raise. In the meantime, his company has allowed him more travel time.

“I have noticed that my employer is investing more in professional development. I’m going to two conferences this year and neither of them are in Los Angeles, so I’m traveling for work.”

Justin Marvisi is a corporate attorney. He hasn’t seen a change in benefits for the past five years. But he did get a sizable raise recently: $15,000, which is 2.5 times more than what he normally gets.

“It gives you a bit more validation that you’re at least appreciated for what you put in,” he said.

Have you ever asked your employer for a raise? Or for better benefits? Tell us about your experiences down in the comments below!