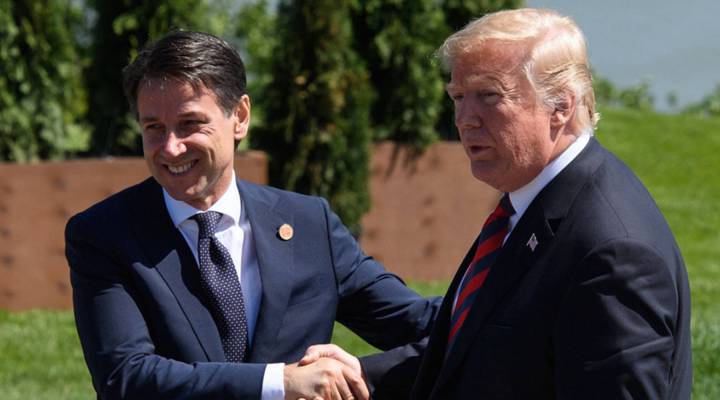 When Conte and Trump met earlier this year at the G7 and NATO summits, they found common ground on Russia and on anti-immigration policy. But they see things differently when it comes to trade and military spending — two issues that are bound to come up in today’s chit-chat.

Trump has already imposed tariffs on steel and aluminum in an effort to reduce the U.S. trade deficit with Europe. The European Union responded with its own set of retaliatory tariffs on U.S. imports. Conte has little control over the matter since the EU decides trade policy for Italy. Last week, Trump and EU President Jean-Claude Juncker announced a “cease fire” in their trade war, though there are still many details to be worked out. If Trump were to follow through on his past threat to tax imported automobiles, it would bring a lot of pain to Italian carmakers (Fiat Chrysler, in particular). According to Automotive News Europe, a trade magazine, a 20 to 25 percent tariff would cut Fiat Chrysler’s profits by $613 million to $866 million.