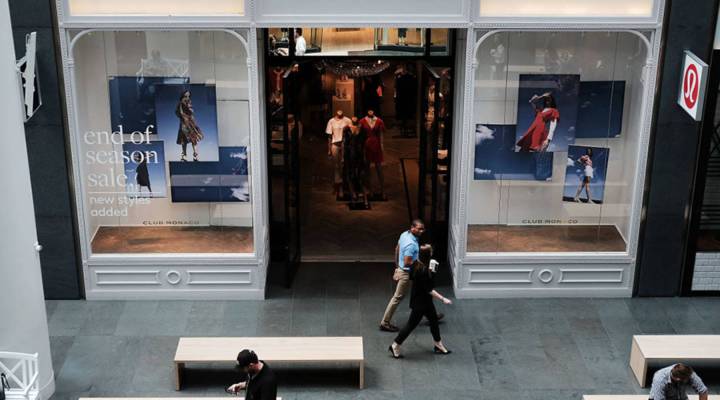 The Commerce Department has released second-quarter gross domestic product numbers this morning, showing that the U.S. economy grew at an annual rate of 4.1 percent — the fastest pace since 2014. That figure was driven by exporters rushing to get products delivered ahead of retaliatory tariffs and an increase in consumer spending.

So why are consumers on such a spending spree these days?

We put that question to Austan Goolsbee, a former economic adviser to the Obama administration; Bob Murphy, an economics professor from Boston College; and Ken Simonson from the National Association of Business Economists.

Here’s what we learned: