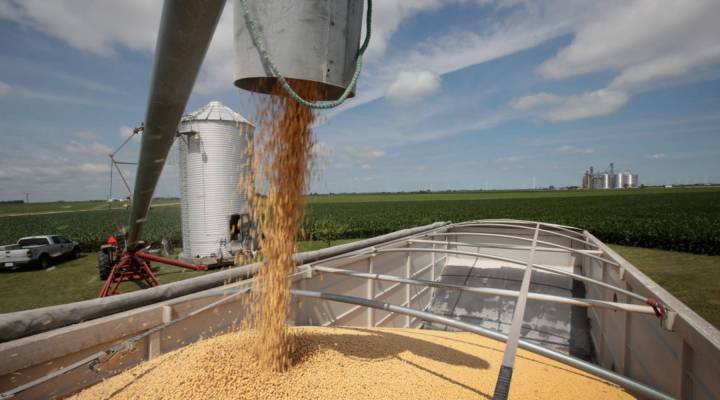 COPY
Soybeans loading onto a truck on their way to a grain elevator in Dwight, Illinois. U.S. soybean futures plunged when China announced retaliatory tariffs on them in June. Scott Olson/Getty Images
Trade showdown

Soybeans loading onto a truck on their way to a grain elevator in Dwight, Illinois. U.S. soybean futures plunged when China announced retaliatory tariffs on them in June. Scott Olson/Getty Images
Listen Now

The ice between the United States and the European Union on the trade front may be beginning to thaw. On Wednesday, President Donald Trump publicly announced an agreement with European Commission President Jean-Claude Juncker to work on negotiating away the tariffs he put in place. That came on the heels of Tuesday’s announcement that $12 billion in aid would be given to farmers suffering from losses due to tariffs.

We’ve got a couple farmers we check in with from time to time: Keith Alverson grows corn and soybeans in South Dakota and Brian Duncan raises hogs and soybeans in Illinois. While they agree that it’s nice to get some acknowledgement from the government that their business has been suffering because of trade policy, they also say these new developments aren’t going to fix all their woes.

Still, you know, the European Union soybean market’s about seven times smaller than that of China. So the bigger thing is the negotiations with China in regards to that. And so while it’s a positive step and a movement in the right direction, eyes [are] still on the prize for the U.S. farmer.

Things aren’t looking too optimistic right now. We were promised bilateral trade deals. And we’re hoping some of those come to fruition. And so you know it’s just it’s tough to see the light at the end of the tunnel at this point.

To hear more from Alverson and Duncan, click on the audio player above. 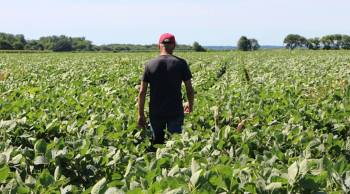