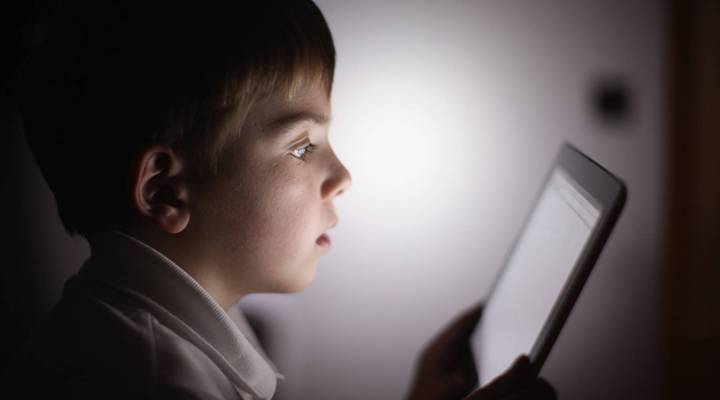 This week, we’re looking at the grand bargain of technology — the trade-offs we make for convenience, connectivity and targeted ads — and how that will affect the next generation of tech users. Today, more on how kids deal with the complexity of digital life and how companies could make things easier or safer.

Danah Boyd is a principal researcher at Microsoft and the founder of the research organization Data & Society, and much of her research looks at how kids are affected by the digital societies they live in. She talked with Marketplace Tech host Molly Wood about whether blocking kids from technology is really a good solution.

Danah Boyd: I see young people who are crying out for help every day online. And it’s not because they’re online that they’re crying out for help. The idea of blocking young people from technology — what that ends up just doing is making it harder for them to be a part of a broader social world. I want to help them help their peers. And I want adults to come in and think that the solution is more about how to really engage not just their own children, but the network of children that they touch because of their kids, because of their schools, because of their communities and help young people at scale, rather than say if we just block the technology and stop being able to see it, all the problems will go away. We can kick them off of Twitter. It’s not that hard, but that won’t make the problem go away. And I want to get to the root of the problem, and I worry that we just keep thinking that the solution is at the technical layer. And I don’t think it’s at the technical layer.

Molly Wood: It’s like the bargain has gotten messier. It’s one thing that these kids want to be cool and communicate with their friends and with each other. But there’s this sort of additional knock-on effect of all the data that they may be giving. I wonder if even the parents understand that.

Boyd: The parents definitely don’t understand that. I mean, let’s just take that cellphone. Most parents get a cellphone for their child so that they can communicate. Adults have no cognizant awareness of the fact that — I can tell who’s cheating on their partners through telco data. Adults don’t understand this, let alone young people.

Wood: How do you think companies are starting to change their internal processes to think about the impact that their tech might have on kids or society or democracy?

Boyd: I would say the first big thing that I’ve noticed over the last five years is just the existential crisis. Like, “Wait a minute, how is this being used? No, no, that was not what we meant to do.” There’s also a maturation of the economics that is not always positive. In the 1990s, plenty of companies grew without large-scale investors. Now you’re hard-pressed to find a startup that doesn’t have a pressure from an investor to produce return on investments fast and furious. So the idea that growth is something that should be sped up as fast as possible no matter what the consequences has come into tension with all of these other issues. And there’s no framework for thinking through how to balance those tensions.

In terms of the engineers of these companies, they are asking themselves hard questions, and they’re trying to understand what their small role in the system plays to it and how they affect that system. The difficulty is that we don’t actually have a good idea of what the governance of these systems should look like, and that is where the biggest challenge is going forward. I think people are waking up to the fact that these systems need to be governed, but by whom, and under what terms, is really contested right now.