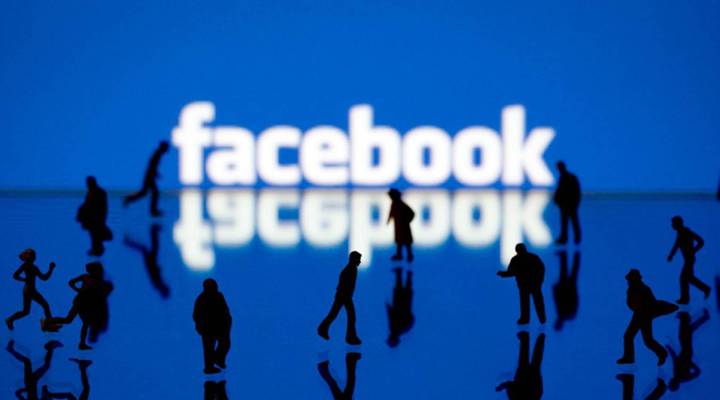 This week, representatives from Google, Twitter and Facebook all spoke at a congressional hearing about how they present news and opinions on their platforms. The next day, Facebook’s Mark Zuckerberg told the Recode podcast that Facebook shouldn’t overregulate speech on the site, even if it means not banning Holocaust deniers.

Mike Nuñez is an editor at Mashable, and he broke a story in 2016 for Gizmodo about Facebook’s use of human curators to filter news. Marketplace Tech host Molly Wood talked with Nuñez about how long Facebook can walk the line between publisher and platform. The following is an edited transcript of their conversation.

Mike Nuñez: Yeah, and I don’t think they’ll be able to walk this line. I mean, clearly they haven’t been able to, right? Everyone seems to be mad at Facebook, everyone but their investors are mad at Facebook right now. It’s because they’re struggling to walk this line, like you said. They could embrace the idea that they’re allowed to have an editorial process, similar to companies like Disney or other family-friendly media conglomerates, or they can be a completely open Wild West type of place on the internet. Ultimately, what’s happening is that Facebook is losing trust among its users. I think there are plenty of trends that are already showing that people are posting more ephemeral videos and moving toward Instagram, and I think that will become the primary social media platform for a lot of people. And then what that makes Facebook is, ultimately, just the world’s largest distributor of news.

Nuñez: Yes, absolutely, the company itself is not going anywhere. Facebook, the product, is definitely losing some of its allure because of these issues, because everyone’s grandparents and moms are on it, and all of them are angry about various news topics.

Wood: So why doesn’t Facebook want to be a publisher? Is there a legal distinction, like suddenly they would be subject to more rules, they would have to have more say over content? I’m wondering how this designation would potentially change the business.

Nuñez: Yeah, I think it’s a great question. I think if they continue to be a tech company, they are at a greater risk for being regulated than if they were to admit that they’re just a publisher and just another media company. I think a lot of the rights granted by the First Amendment and a lot of the rights granted to other publishers would allow them to do whatever the heck they want. Currently, they’re basically operating by these principles. They do have the right to curate their platform because they’re a private entity and so they can make this wall garden look however they want. It happens to be full of outrage and disaster right now, but they can change that at any given moment.

Wood: Let’s go on this First Amendment ride. That ride got a little more twisty and turny this week when Mark Zuckerberg gave an interview and said that Holocaust deniers, for example, shouldn’t be kicked off the platform because they might actually believe what they’re saying and that it’s not necessarily Facebook’s job to moderate their comments. Where does that fit on this continuum of publisher versus platform, and what happens now?

Nuñez: Right. My interpretation of this was that it was an outright denial by Mark Zuckerberg to embrace the fact that Facebook is a publisher and a news distributor. He sees it as a place for conversation, not a place where people go to find the news. I think that’s a misrepresentation of the facts, because I think a large majority of Americans get their news from social media at this point and specifically, Facebook. I think for a long time, people felt like there were computers that were sorting through all of this content, and the truth is that humans, at every step of the process, are sorting through what you see and what you don’t see on Facebook. It might not be directing it specifically to you, but in broad terms, they’re allowing and disallowing various types of content. The second Mark Zuckerberg says that openly in public, he’s going to be a huge target for conservatives. People are going to say, “Of course, we knew this whole time that you were, that you had an editorial process and that you were trying to suppress our free speech.”

So he’s in a really hard place right now. It’s basically a lose-lose situation, because he’s bound to offend either party in this slow march toward admitting that there is a strong editorial curation process at Facebook. What I would suggest, what seems to make a lot of sense to me, is just creating an editorial board. Why not admit that they have curators? Why not admit that you have an editorial board and name these people and make this part of the process? Make this part of the reason that people would want to go to Facebook. There should be a vetting process when it comes to the news, and there should be people overseeing what content makes it on and what doesn’t. I think that they just have to be more transparent about it.