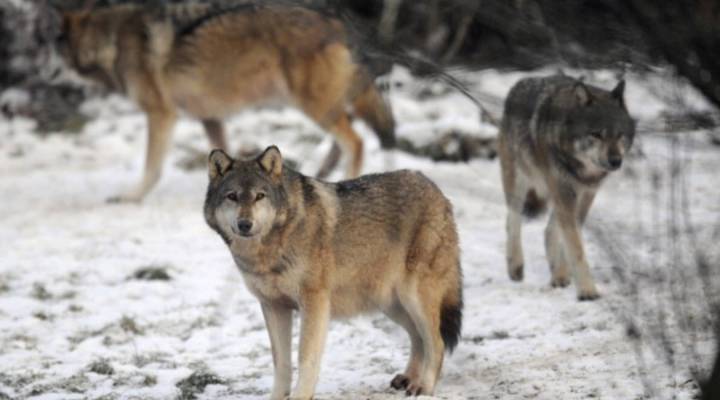 COPY
The grey wolf is protected in the United States under the Endangered Species Act.

The grey wolf is protected in the United States under the Endangered Species Act.
Listen Now

This week, the U.S. Department of Interior released proposed rule changes for the Endangered Species Act. It’s the 45-year-old act credited with reviving populations of bald eagles, gray wolves, lynxes and roughly 1,600 plants and animals at risk of extinction. Right now, the process used to protect species under the act requires only a scientific assessment of whether there’s a risk of extinction. The rule change would allow regulators to also consider economic and business factors. Supporters say the change is necessary to spur development and jobs. Critics say it’s just a way to give oil, timber and ranching industries more business.