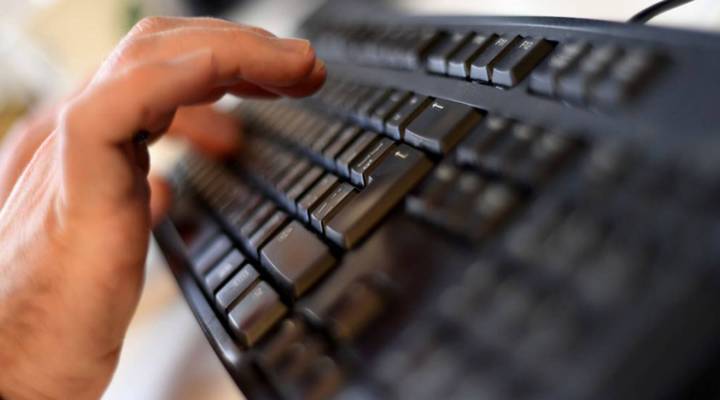 About 20 percent of Americans have one or more disabilities, and just like in the physical world, the digital one is not always readily accessible. So, going to a website, if you’re visually impaired, probably involves using a screen reader. “They’ll usually have that running, at all times, from the moment they boot up their computer. The screen reader is reading everything that is happening, for them, it’s verbalizing every interface,” explained Mikey Ilagan, a web developer and accessibility specialist. Ilagan spoke with Marketplace’s Lizzie O’Leary about the barriers to making tech more accessible. The following is an edited transcript of their conversation.

Mikey Ilagan: I think first and foremost is that ensuring keyboard compatibility, so really just your everyday computer keyboard. If all websites and applications were accessible with just keyboard controls, it’s actually accounting for a ton of devices. So, screen readers, as mentioned, but really all types of input devices that people who may have some sort of physical disability, they use all sorts of devices that kind of work like a keyboard. And so, if things were keyboard compatible the whole web or really digital interfaces would be a lot more accessible and friendly.

Lizzie O’Leary: And when we talk about the physical space certainly in the U.S., the Americans With Disabilities Act, the ADA, applies. Is there anything similar to that governing the internet?

Ilagan: Well the internet is a bit different. I guess in short there’s really no one legal governing body, even in the U.S., that puts out the standards and determines what is acceptable and what isn’t the same way that the ADA does in the real life physical space. But there are the Web Content Accessibility Guidelines which are put out by the Worldwide Web Consortium and a lot of laws are kind of matched to the Web Content Accessibility Guidelines, or WCAG. So, while the guidelines are more or less standards and not law per se, a lot of laws throughout the world actually [are designed] to kind of reflect those guidelines.

O’Leary: Tell me the business case for making tech and the internet more accessible?

Ilagan: Sure. I think what usually motivates people to get going is the threat of litigation. So, it’s cheaper and easier to make sure your experiences are accessible now, rather than having to fix it anyway and then encountering some sort of lawsuit and whatever that may cost or entail. People with disabilities are also an untapped market. So, depending on where you pull your statistics from, up to around 20 percent of people just in the U.S. have one or more disabilities. So, these are people who really need to be reached as customers, as users, just like anybody else.

O’Leary: Are there examples of tech that was created perhaps for someone with a disability that has evolved and gone mainstream?

Ilagan: That is a good question. Actually, the example that comes to mind is something from the physical world. So, not specifically something digital, but I’d like to use OXO.

Ilagan: Yeah, so the founder’s wife had severe arthritis so the tools that he created were keeping people with severe arthritis in mind. We’ve kind of come to understand them to just be great usable well-designed products. And so, I think that is a great example of how accessibility benefits everybody.

Click here to check out more of Marketplace Weekend’s coverage on the economics of disability.

Correction (July 10, 2018): A previous version of this story misspelled Mikey Ilagan’s name. The text has been corrected.