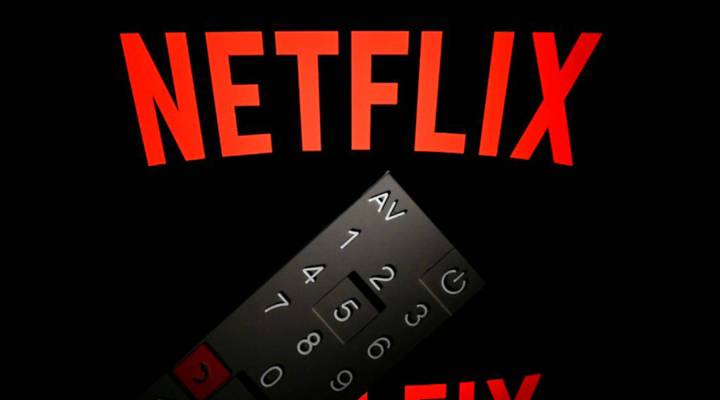 These days, when a show gets canceled on TV, there’s still one last shred of hope: streaming services. It’s possible that Netflix, Amazon or Hulu will ride in to save the day and pick up the show after a social media hash tag campaign. Recently, Amazon was that hero when the cable network SyFy canceled “The Expanse,” a space drama featuring a battle between Earth, a Mars colony and a population of asteroid miners — with some alien life in there, too. Netflix saved the Fox show “Lucifer,” and now fans are hoping some service will save the NBC show “Timeless.” But what goes into the decision to rescue a show? Marketplace Tech host Molly Wood spoke with Todd VanDerWerff, critic at large for Vox, about the business rationale behind these decisions. The following is an edited transcript of their conversation.

Todd VanDerWerff: The business rationale for the rescue is that you hope those fans who watched it live will come, and they will bring more fans with them, and that will become a growing movement. So from Amazon’s point of view where they have a lot more money to spend on this sort of thing than SyFy, it makes sense to take a chance on this. And then also, Amazon doesn’t care as much if people watch it the night an episode debuts. For them, it’s like if you catch up with it five years from now, that’s just as worthwhile to them as if you’re watching it right now.

Molly Wood: Do we have any sense of what the kind of threshold is for viewership? I think there’s a feeling that streaming services don’t care about ratings.

VanDerWerff: There is a sense that they are caring more and more about this. So something like Netflix, they’ve started canceling stuff even after a season, which is not a thing they were doing two years ago. So let’s say you’re Amazon and you really want to break into that fantasy sci-fi space, which they evidently do, since they spent so much money to get rights to “The Lord of the Rings,” then picking up something like “The Expanse” if it gets you those fans — even if it’s not getting you millions upon millions of them — is worthwhile to them because that means that you’re sort of establishing a beachhead with a group of people who maybe weren’t watching your service before.

Wood: And then let’s talk about how the content changes when it goes from network television or cable television to a streaming service. Maybe the real difference lies in the experience that you could binge it all at once or skip the intro?

VanDerWerff: Yeah. And I think that sometimes shows that aired on traditional television are at an advantage in that case. You look at “Breaking Bad.” It succeeded because every episode of that show was a really strong episode, and so that made it easier to want to watch just one more. I think that when streaming services develop their own programming, they often forget that the basis of good TV is having really strong episodes.

Wood: I think of the shows that are developed for streaming as sort of like a podcast versus a radio show, where people’s tendency when they do a podcast is to think, “I have no constraints.” And as a result, I feel like every Marvel series on Netflix is at least two episodes too long. And so are they starting to, or will they, learn some of the lessons maybe about discipline that linear TV could teach them?

VanDerWerff: I do think that the problem is less with the number of episodes and more with the unwillingness to sort of break from an established formula for what a streaming show is “supposed” to look like. Because I think that probably they’re locked in with contracts that require 13 episodes a season for these shows, in which case it’s going to be very hard for them to say, “Hey, we only need eight this year.”

Wood: Are you starting to have a preference for what you like to watch or where or guilty pleasures left over on cable TV?

VanDerWerff: I think that Hulu is doing a strong job of how they’re parceling out their originals. They generally launch with a lot of episodes, like at least three, and then you can watch those and kind of get into a binge mode with it. And then they do the week-to-week release. And in the case of something like “The Handmaid’s Tale,” especially, for me, it would be very hard to binge that show. It would be kind of soul crushing. But to do my job, I kind of have to get into the binge mode for everything.