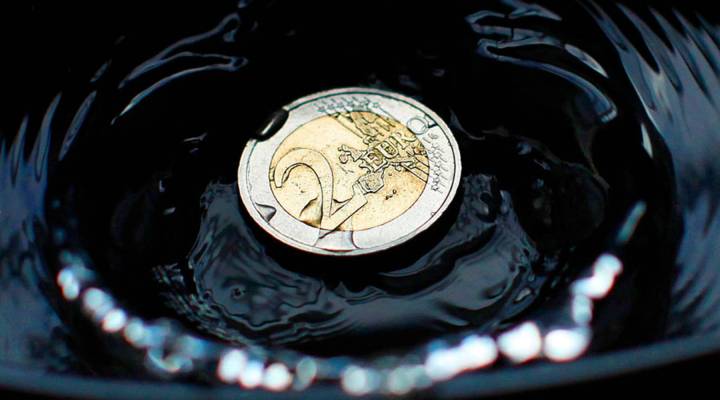 European Union leaders gather in Brussels this week to talk about — among other things — Brexit and Ireland. Britain’s departure from the bloc could cause big problems for the Irish since the United Kingdom is its second-largest export market and it ships a lot of its exports to the rest of the European Union via Britain. That trade could be hampered if the U.K. fails to secure a comprehensive free trade deal with the EU before it leaves the bloc.

Such worries represent a cloud on an otherwise rather sunny horizon for Ireland. The country has recovered strongly from the debt crisis that flared up at the end of 2009, engulfing several Eurozone member states, including Greece and Portugal, that were unable to repay or refinance their government debt.

Having been one of the hardest hit by that crisis, the Irish economy is today the fastest-growing in Europe.

How did the Irish pull off this extraordinary turnaround? And is it sustainable?

If you want to see the Irish recovery in action, consider the case of Jillian Godsil.

In the crisis, she lost her home, her marketing business, her marriage broke up and she went bankrupt.

Today, she’s in a very different place. She’s brimming over with optimism, enthusing about her new and lucrative role marketing blockchain, the technology behind cryptocurrencies like bitcoin.

“I give talks at conferences around the world. The Middle East and Texas and Russia, Sri Lanka. I’m going to London next week to do one. And I also act as an adviser,” she said.

Godsil’s economic revival reflects the whole country’s recovery. Many other workers and their employers have shown the same stoicism, energy, intelligence and readiness to plug into the global economy. Exporting has been a key component of Ireland’s salvation. Not to mention sheer doggedness.

Determination has been on display at Combilift in County Monaghan, which makes innovative forklift trucks, exporting 98 percent of them. During the crisis, sales collapsed. CEO Martin McVicar took drastic action and laid off a quarter of the workforce.

“The day we made 43 employees redundant, we actually also introduced a 10 percent salary pay cut for all our other employees. The employees were delighted to have a 10 percent pay cut so at least they still hung on to their job and their careers,” McVicar said.

That tough, remedial action saved the company and paid off for the workers. Many of the 43 employees who were laid off have since been rehired, the total workforce has more than doubled and the pay cut has been more than reversed.

The national employment picture is also very benign. Joblessness, which peaked at 16 percent during the crisis, is now down to less than 6 percent. Last year, the country’s economy grew at 7.8 percent, three times the eurozone average. Danny McCoy, head of IBEC, Ireland’s main business lobby group, can be forgiven a certain hyperbole.

“Ireland has been unlucky for generations and has now become incredibly lucky and has the Midas touch,” he enthused.

That’s not to say that Ireland’s recovery has been pain free or that everyone is prospering. Because the government spent billions bailing out the banks and then had to cut spending to the bone, public sector salaries and pensions were slashed. Public workers like nurse Sean Roben are still feeling the effects.

“I wouldn’t say that Ireland today feels like the fastest-growing economy in Europe, no. Not at all. We haven’t got our money back that we lost in the crash. We took a big cut in wages — up to 15 and 20 percent. We haven’t got anywhere near that back at this stage,” Roben said.

Irish households remain heavily in debt. As a whole, they’ve borrowed 66 percent more of their disposable income than their U.S. counterparts. So the Irish are particularly vulnerable to any rise in interest rates. Brexit is another headwind. But at least Ireland is growing robustly and facing all the uncertainties with much more confidence today than in the recent past.