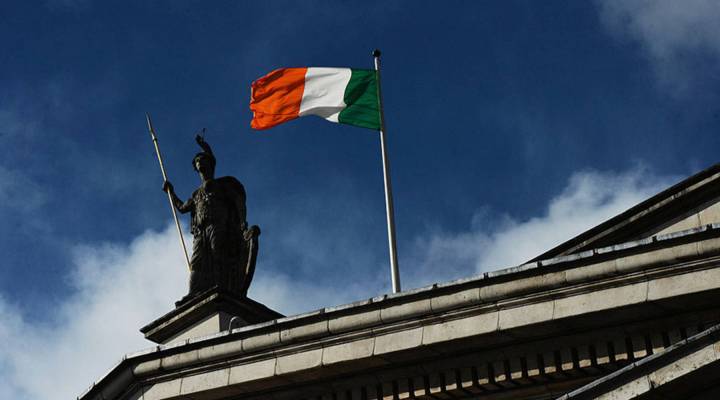 But there could be one, perhaps, significant benefit for the Irish from the United Kingdom’s departure from the European Union. European financial centers like Frankfurt, Paris and Luxembourg have been vying for the business that London is expected to lose, and Dublin, it seems, is also in with a chance.

But is the Irish capital a suitable location for a major financial center, and after suffering its own desperate financial crisis only 10 years ago is it ready to put the welcome mat out for a lot more bankers?

Bankers and financiers are not popular in the Emerald Isle. And it’s hardly surprising. Wildly excessive bank lending fueled a real estate boom that led to a crash that sent the economy reeling into a deep recession and cost a quarter of a million people their jobs. The fact that taxpayers picked up the tab for bailing out the banks left a particularly bitter taste.

“You know, when the banks failed, that debt was put on the heads of every single Irish person, so we’ll be paying that back for years to come. I’m not overly happy about that,” said freelance exhibition organizer Gerard McCarthy.

Now, ironically, it’s the finance industry that could benefit most from the next major threat to the Irish economy, Brexit.

“In the context of something that is going to be damaging to the overall economy, financial services is one area where we actually can see some upside,” said Ken Owens of the giant consulting firm PwC.

Ireland’s Industrial Development Authority has been assiduously courting companies that might need to switch operations away from London if the U.K. loses access to the European market.

“We’ve been talking to more than 100 global financial firms, and a handful have already committed to Dublin,” said the IDA’s Kieran Donoghue. “Bank of America, Merrill Lynch, JPMorgan, Morgan Stanley and several other firms have said they will either establish a new presence in Dublin or expand their existing office as a response to Brexit.”

Donoghue said Dublin’s attractions are obvious: It’s a well-established, English-speaking financial center that is umbilically connected with London, often acting as a back office for its British counterpart. Switching between the two shouldn’t be too tricky.

“Within five years of Brexit, I would expect our financial sector to gain another 10,000 jobs. We should be employing more than 50,000 people,” he said.

More’s the pity, say some Dubliners. Sorley McCaughey of the relief charity Christian Aid blames Ireland’s financial sector for what he calls “tax avoidance on a massive scale”  by multinationals that operate in the developing world, “depriving poor countries of desperately needed revenue.”

He deplores the thought that thousands more hard-nosed financial workers could be heading into Dublin after Brexit.

“With a whole new swathe of very savvy, international financial companies relocating to Ireland, I would have significant concerns about the kind of financial shenanigans that have served them very well in London and other places,” he said.

Others fear another boom and bust.

But Dublin, say the optimists, is different. And chastened. And it lacks skyscrapers, which some have half seriously linked to the hubris that precedes a crash. In a curiously low-rise  financial district, you’ll see hardly any buildings that are more than 10 stories high.

Mind you, that didn’t save Dublin from that monumental crash a decade ago.