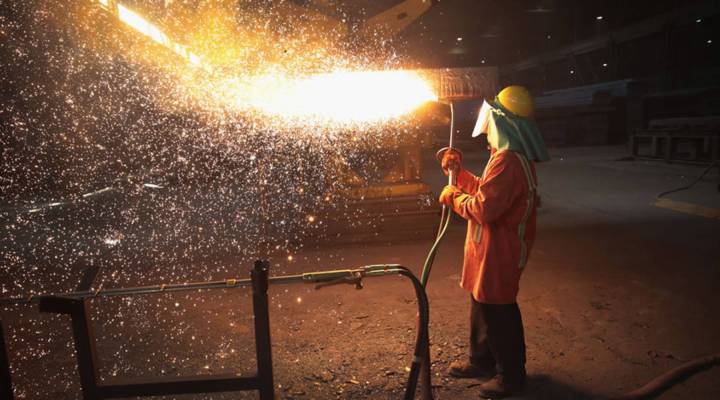 In the potential tariff war between China and the United States, each state is choosing to protect different sectors. Which is right? And is there a way for a country to engage in “good” protectionism for its own interests?

First off, economists in general agree that tariffs should be avoided because they bring costly trade-offs. If a country taxes imported sneakers, for instance, it helps domestic shoemakers but deprives shoe buyers of the best, low-price kicks.

But there is somewhat of an exception. In economic and trade circles, there is a level of acceptance of what are called “infant industries.”

The argument: It’s OK to build temporary walls around new, baby sectors a country is trying to nurture and grow. Just about every industrialized country has engaged in this historically — England, Germany, Japan, South Korea, Taiwan, etc. And the United States, when it was an industrial newcomer in the 19th century.

“We industrialized in the late 19th century under extremely high trade barriers because we were competing with the British and the Germans and other countries that had industrialized before us,” said Harvard political scientist Jeffry Frieden, author of the book “Global Capitalism.”

An American case in point: the riverside town of Paterson, New Jersey, along the falls of the Passaic River. In the 19th century, none other than Alexander Hamilton — treasury secretary, future Broadway character — helped create this mill town protected by tariffs.

“We had a lot of different product lines in Paterson,” Ilyse Goldman, a Paterson park ranger, said in an interview with Marketplace reporter Sarah Gardner. “One of them actually was paper. In fact, the technology to develop a roll of paper, as opposed to one sheet at a time, was actually developed here in Paterson.”

“Those that are in power and have influence now believe in the infant industry argument on steroids,” said Scott Kennedy, a Chinese business and political economy specialist at the Center for Strategic and International Studies. “In fact, they’re interested in not only supporting industries in their infancy, but in the rest of their childhood, young adulthood and into dotage.”

But China employs a different strategy than the United States when it comes to special tariffs and industry protections. Whereas the Trump administration focuses on protecting aging industrial sectors in North America, Beijing has placed large bets on high-tech sectors, including robots, semiconductors and electric vehicles.

“In some areas, there’s been significant success: telecom, high-speed rail,” Kennedy said. “And in some places, you’ve seen some significant failures. China’s efforts to make a commercial plane that can compete with Boeing and Airbus doesn’t have much chance for future success.”

So why do the Chinese focus on the sectors of tomorrow when the United States tends not to? It may have to do with differences in how policy is made. In China, policymakers don’t run for continuous election, so they’re not obsessed with short-term interests.

“The political system in China is, of course, much different,” said Pietra Rivoli, who teaches finance and international business at Georgetown. “There isn’t the pressure on the election system, obviously. Chinese policymakers can take a longer view.” Whereas in the United States, Rivoli said older industries struggling in the world receive political attention.

“You might think of them as sunset industries. Look at industries where we’ve had a lot of foreign competition — steel or textiles, apparel. From those quarters, you’re going to get the call for trade protection.”

And that call is now being answered by the White House.

To him, it makes little economic sense to protect steel, a sector in which the United States has been declining since the 1960s.

“Basic steel is actually pretty labor intensive,” Frieden said. “So the countries that actually have an advantage are countries with much cheaper labor than the United States.”