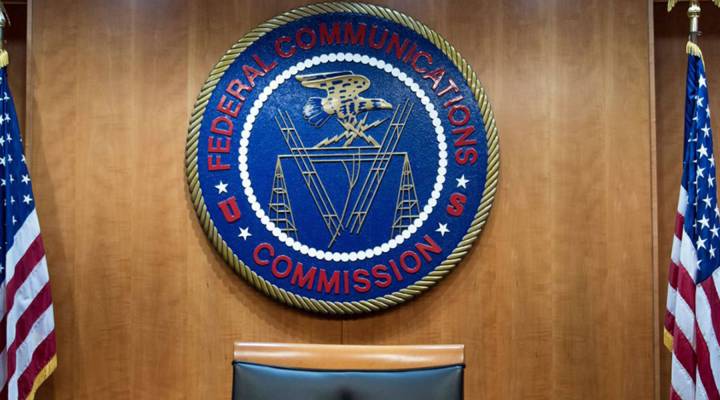 Pending some surprise moves by the House of Representatives, net neutrality will officially be repealed today. Those regulations prevented internet providers from blocking or interfering with or discriminating against the content they distribute. Now critics say cable and wireless broadband providers can block access to any site they want, charge more for services that compete with what they might offer — like Netflix or Hulu — and create paid fast lanes or even high-priced bundles that include some sites and exclude others. So what’s likely to happen and when? Rob Frieden is a professor of telecommunications and law at Pennsylvania State University. He spoke with Marketplace Tech host Molly Wood about what internet providers wanted to do that they couldn’t under the old rules. The following is an edited transcript of their conversation.

Rob Frieden: These companies are not charities and they certainly are looking to diversify, to create new profit centers, and their innovation is largely in marketing. So the carriers are going to look for greater opportunities to diversify their packages, to expand what they offer you. And in exchange for that, they’re going to look for a higher average return per user.

Molly Wood: I mean, some of these carriers are doing that now, right? T-Mobile is saying you can watch all the Netflix you want and it won’t count against your data cap. Are you saying they want to more explicitly offer bundles that include preferred services?

Frieden: Right. Now not all prioritization of traffic is bad. If you’re in a football stadium or a basketball coliseum and you want to look at that disputed call, you might want to have your wireless carrier provide you with a higher quality of service so you get to see that video replay, and others who are just taking plain vanilla service might not. On the other hand, that entails a surcharge, and already subscribers are paying for what they think is broadband access.

Wood: It’s interesting, because you’re describing bundles that, while we may pay more for them, are going to sound consumer-friendly at first. Like when we start to see plans from the telecoms that take advantage of the lack of net neutrality rules, is it possible we’re going to like them?

Frieden: That’s a very good point, because in this weird, wireless internet ecosystem, “unlimited” doesn’t mean unlimited, “free” doesn’t mean free. And consumers latch on to this notion of “free unlimited,” and if you look at the fine print, the carriers give with one hand and they take with the other. Now lastly, the FCC’s new Restoring Internet Freedom rulemaking does have a requirement of transparency. But in this internet ecosystem, what is transparency? How do you define transparency? Is it a 50-, 60-, 70-page document that is full of legalese that no one understands, much less reads.

Wood: Well, it may even feel like, from the consumer’s perspective, you know, we’re sitting here thinking that these telecoms are just rubbing their hands together in glee, that they are just waiting for this day to come so that they can reach deep into our pocketbooks. And it feels like that mistrust is there from the consumer side, too. I mean, is there glee?

Frieden: Yes, quite frankly, there is. There are few industries where you can reduce the value proposition to try to extort additional payment and get away with it. I think the airlines can do that. And I think the internet service providers can do that, particularly in rural areas where you have only one carrier. It’s their game and they establish the rules. And as we’ve seen with the Netflix-Comcast dispute, these carriers can meddle with traffic, slow it down, throttle it and do so in surreptitious ways that are not easily identifiable, not [easy to] establish who’s to blame.