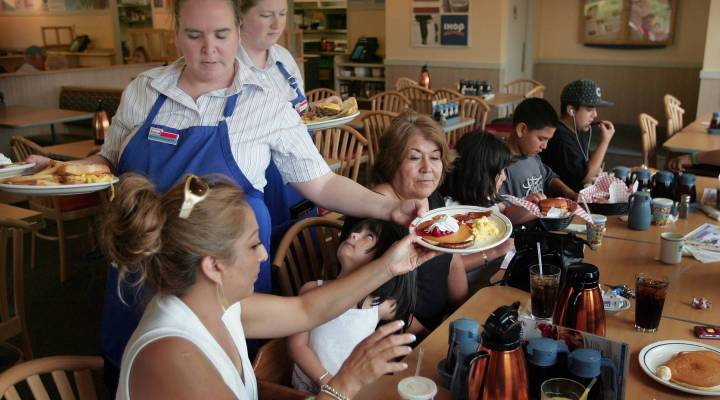 You can’t help but be a little underwhelmed.

The International House of Pancakes tweeted last week that it would be rebranding from IHOP to IHOb, with a promise to announce what it stood for a few days later.

“Breakfast” was the obvious and popular guess. My secret fantasy was that it would go with “blockchain.”

Alas, the company’s brand people were of a different mind.

A few locations are changing their signs, but most will stay the same, IHOP President Darren Rebelez told CNN.

“We are definitely going to be IHOP,” he said. “But we want to convey that we are taking our burgers as seriously as our pancakes.”

Sure. Those would be the chain’s new Ultimate Steakburgers, including one called the Big Brunch burger that comes with a fried egg and hash browns on it.

So how are actual burger chains reacting to all this? Well, today the Wendy’s account tweeted “Not really afraid of the burgers from a place that decided pancakes were too hard.”

Not really afraid of the burgers from a place that decided pancakes were too hard.

A tale of two minimum wages