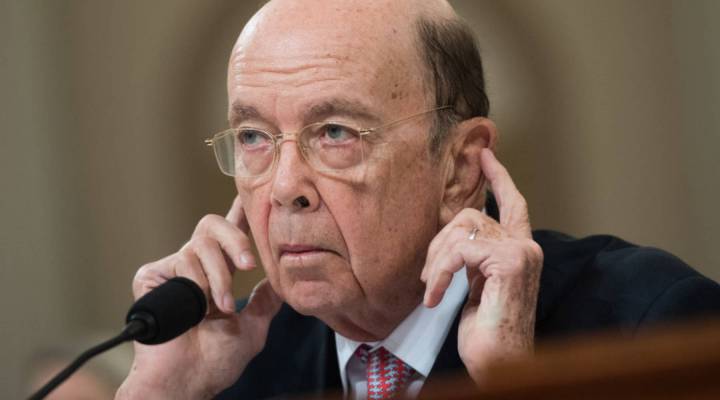 The last time we talked to Charles Smith, the process of applying for an exemption from the 25 percent steel tariff President Donald Trump imposed in March had just begun. He was optimistic about his application. Smith is vice president of operations at Tokusen, which makes tire cord, the steel wire mesh inside your tires. Tokusen’s based in Arkansas, along with two of the other three domestic tire cord producers. They’re each others’ biggest competitors, but they teamed up to work on their exemption applications. All of them had the same problem — domestically produced steel isn’t clean enough to use for tire cord. Now, a month later, Marketplace host Kai Ryssdal followed up to see how the application process was going. The following is an edited transcript of their conversation.

Kai Ryssadal: First of all, sir, what do you make of all of this with the steel tariffs and the news in the trade impasse, I guess?

Charles Smith: Yeah, it’s made it a really difficult situation for our company. We’re paying tariffs on steel that we need to produce the products for our customers in the U.S. while the same products that are being produced overseas are coming in with no tariffs on them at all.

Ryssdal: Yeah, just to point out again that the finished goods that are imported pay no tariffs but the raw materials that you need are tariff-impaired, as it were, right?

Smith: That is correct. So 25 percent tariffs we’re already paying. This will be the second month we’ve we’ve had to pay a tariff.

Ryssdal: Can you give me a dollar amount that you’re out now? Or, you know, are being impacted by?

Smith: Well, as a privately owned company, we don’t disclose our financials, but I’d say it’s in excess of, it’s going to be in millions that we’re going to pay tariffs.

Ryssdal: You need the foreign steel why? Can you just not find what you need in this country?

Smith: Yeah, there’s no one that actually makes this quality in the United States. No one’s invested in it over the years and to tried to develop it. They backed out of that development some years ago. So it’s just not available in the States.

Ryssdal: What’s the status with your exemption requests from the Department of Commerce? Do you know?

Smith: Well, it’s under review, and on the last day of the process for objections, we had some objections that were made at the 11th hour.

Ryssdal: Objections to your exemption?

Ryssdal: Wow. So now what does that mean? Are you, like, in limbo?

Smith: Well, I am in limbo, and we have to wait for the final determination by the U.S. government. But we do have negotiations with legal teams to see if we can resolve some of that. But it’s an ongoing process and won’t be done anytime soon.

Ryssdal: So there are ancillary costs, not just the tariff costs of this deal, but you’re paying lawyers and people to do all the paperwork for you, too?

Smith: Right, we have. We’ve spent tens of thousands of dollars on our legal fees already, and it’ll be more in the coming months just to get our statement out there and to try to rebut the comments that have been made about the availability of steel in the U.S.

Ryssdal: Maybe this is just me and it’s because, you know, we’re not sitting in front of each other and we’re talking on the phone, as it were. But you sound a little weary.

Smith: Yeah, for sure. Weary is an easy way to categorize the ways that made us feel. We feel like we’re making progress, and you feel like you’re going forward, and then, you know, in the 11th hour, you get the exclusion objection, and you feel like you’re going to have to start all over again. You think, “OK, well, we’ve paid all this money. We filed all these filings, we’ve talked to the government, we’ve done everything we could to make a good case.” It looks like it’s going forward and then it starts over again. Now we have to answer these objections and try to come to a legal resolution.