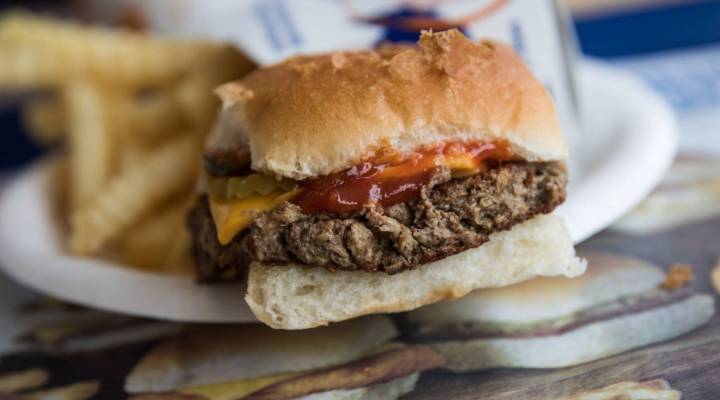 These days, vegetarians, vegans and eco-conscious omnivores have a lot more meat alternatives to choose from, including a new class of vegetable-based burgers that look and taste a lot like meat. They even sort of bleed, thanks to beet juice. There are two main competitors you may have noticed: Beyond Meat is available at grocery stores like Whole Foods, and Impossible Foods markets mainly to restaurants. Kenji López-Alt is chief culinary consultant at Serious Eats and author of the book The Food Lab: Better Home Cooking Through Science. Marketplace host Amy Scott spoke with López-Alt about his experiences with this new breed of burger, both as a consumer and having served it at his restaurant, Wursthall, in San Mateo, California. The following is an edited transcript of their conversation.

Amy Scott: Suddenly I feel like I’m seeing these two brands everywhere. I actually counted and there are four places that serve Impossible burgers just within a few blocks of each other in this neighborhood in Baltimore called Hampden. Of course, White Castle just started selling Impossible sliders … what’s going on?

Kenji López-Alt: Well, I think a lot of it is because it starts with people who are environmentally conscious or conscious of animal ethics. You know, just raising livestock is very bad for the land. It has a very large carbon footprint. So I think a lot of people are trying to find ways to reduce their impact. And I’m not just talking about vegetarians and vegans, I’m talking about omnivores who typically eat a lot of meat but want to cut down on their day-to-day meat consumption. And what’s going on, I think, is that technology is sort of finally catching up with those needs. And so these are the first two companies that really have a strong consumer product available now.

Scott: And what’s different about them than the Garden Burger or the MorningStar patty that some of our listeners might have had?

López-Alt: Well, the real difference is just that they’re much more similar to real meat. In particular, the Impossible burger, which currently is not available for retail to consumers but is available at restaurants. They use a protein called heme, which is what gives real meat its sort of iron-y blood flavor. And they found a plant-based source for that, and it’s also red. It looks very much like a real hamburger and the product is versatile enough that you can use it in, you know, not 100 percent as a replacement for ground beef, but you can use it in almost any sort of ground beef application whether that’s a burger or a meat loaf or meatballs. I’ve even seen it used as vegan beef tartare.

Scott: So, full disclosure, I don’t eat meat. In fact, I think the last actual hamburger I had was a McDLT, if that tells you how long ago that was. Do they mimic meat enough that the folks who still like to eat meat would be satisfied?

López-Alt: It does in certain situations. The applications where I think it works best are when it’s made into sort of thinner patties and where it’s seasoned, either with toppings or with other ingredients mixed in. In certain cases I think it can be a very, very close approximation, although in other cases you’re going to notice a difference.

Scott: These companies have attracted some pretty big investors, including Bill Gates and companies like Tyson and Cargill. What’s the bet here?

López-Alt: Well, I think the bet is that … well, there’s not really a bet as to what’s going to happen with meat production in the future. We are going to have to find alternatives to meat production simply because our taste for meat is growing and at the rate at which the human population is growing, it’s just unsustainable. So whether that means finding alternatives or using technology to help us grow meat more efficiently … You know, there are companies, for instance, that are working on lab-grown meat, which has a couple of advantages. First of all, it doesn’t require living animals …

Scott: I’ve got to stop you there. Lab grown meat? I hesitated to even bring that up because it’s so … some people may find it a little gross. So tell me how this works. Meat is actually grown in a lab with no animal required?

López-Alt: Well, there is an animal required at the start. So they start with the animal stem cells that are taken from animals. But once they have those stem cells, they can grow meat in petri dishes, layer by layer. So at some point in the future it will be very possible that hamburgers and steaks and chicken breasts and all those things are going to be grown in a lab. And while I think, you know, to the current generation of adults and young adults, that might seem weird or even gross, newer generations that grow up with the technology have a very different feeling about whether it’s normal or not. 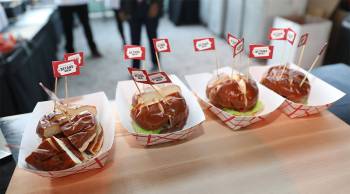