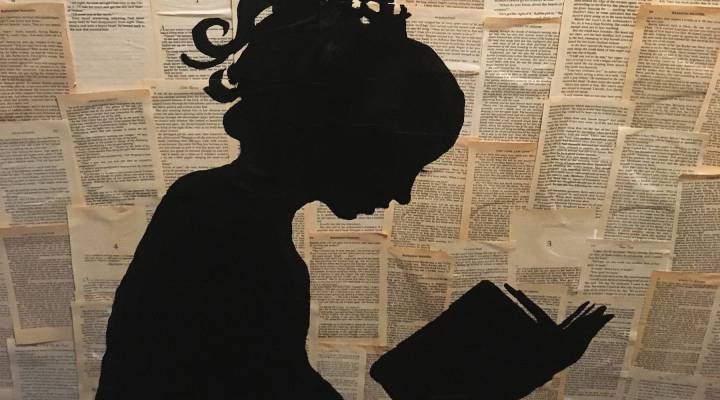 COPY
The Koch sisters say they intend their store to be a feminist, sex-positive space. "I just love seeing romance readers realize that we have built this for them. It is our love letter to them, and to this genre," says Bea Koch. Paulina Velasco/Marketplace

The Koch sisters say they intend their store to be a feminist, sex-positive space. "I just love seeing romance readers realize that we have built this for them. It is our love letter to them, and to this genre," says Bea Koch. Paulina Velasco/Marketplace
Listen Now

Leah and Bea Koch, 25 and 28 years old, are lifelong romance readers. In 2015, they launched a Kickstarter campaign to open a romance-only bookstore. In four months, they raised $90,000 and were ready to open The Ripped Bodice in Culver City, California.

It’s the only bookstore dedicated exclusively to romance in the Northern Hemisphere; the only other one is in Australia.

“It’s so rare to encounter a bookseller who knows romance,” says Leah.

“And that we also speak the same language as them,” adds Bea.

She says they’re steeped in what they called “romancelandia.” They’re active online. They engage on a daily basis with their customers.

Sisters Leah and Bea Koch opened up The Ripped Bodice in March 2016. (Pictured with them is their dog Fitzwilliam Waffles Darcy who is the perpetual Employee of the Month, and has his own line of in-store, Fitz-branded products.)

“Anything you could possibly want, there probably exists a romance novel about it,” Leah says.

The part of the store called the Paranormal Forest has hanging fairy lights and a seating area, and is where readers can find romances about witches, vampires, shifters (“…which is anyone that can turn into a different animal; werewolves would fall into that category,” adds Leah). This is where they placed their newest sci-fi subgenre — space romance — after repeated requests for novels with aliens and spaceships.

“So much romance comes out — independently published, small-press published and then the big presses. So it’s very difficult to stay on top of what’s new and fresh and what people are really responding to,” says Bea. But it’s worth it, she explains. “We want to encourage other bookstore owners to stock this genre because it’s such a financial juggernaut and can really make so much money for them.” According to the Romance Writers of America, romance made up more than one-third of the U.S. fiction market in 2015, and 92 percent of readers pick up physical copies of the books. The RWA estimates that the total sales value of romance in 2013 was over a billion dollars.

Romance readers are voracious, Bea says. “They are some of the most loyal readers, amongst all readers,” she says. “They buy not one copy but two copies. They buy the e-book. They send a copy to their moms or their friends … that’s the kind of reader you want, and the kind of customer a bookstore really wants.”

The Ripped Bodice has up to 8,000 new books downstairs, and around 3,000 used books upstairs in “Jo’s Attic,” named after Jo March in Little Women.

The high readership levels and successful sales numbers have made Bea and Leah Koch advocates of more diversity in romance. Six of their 10 bestsellers in 2017 were books by authors of color. Yet, for every 100 books published by leading romance publishers in 2017, only 6.2  were written by people of color. This number comes from the Ripped Bodice’s second annual report on racial diversity in romance publishing, which measures how many books by authors of color the 20 major romance publishers are putting out every year.

Among those six best-sellers at The Ripped Bodice is “An Extraordinary Union” by award-winning author Alyssa Cole. It’s about a former slave and a detective who spy on the Confederacy and fall in love during the American Civil War. “In my mind, there is room for everyone, which is why I think that the lack of inclusive romance in traditional publishing is an issue. Because there are readers for pretty much anything you could publish,” Cole says.

Cole has successfully published her novels in traditional publishing houses (Kensington and Avon), oftentimes with the support of a network of other authors, editors and art directors of color. While acknowledging the African-American romance writers before her — the legendary Beverly Jenkins, for example — Cole says she does seek to inject more diversity into the romance novel world with her writing.

“Every story I’m writing is in a way something that I wish I had had when I was younger, or even right now,” she says. “You know, maybe some 15-year-old or 16-year-old will pick this up and read this and hopefully maybe feel the same way that I felt the first time I picked up a romance novel with a black heroine.”

Cole’s newest publication, “A Princess in Theory,” is the latest best-seller in the Koch sisters’ bookstore. This “underscores what we’ve learned in the diversity report,” says Bea. Cole’s story  is about a black woman studying STEM in New York who ignores emails she assumes are spam from a man declaring her his betrothed, until he shows up to claim her hand in marriage. Bea says the book is “literally flying off our shelves.”

“People would come in and ask if we had it, and we’d say, ‘It’s coming in tomorrow,’ and they’d come back the next day to get it. People really wanted that physical book,” says Bea.

We asked Alyssa Cole to recommend her favorite must-reads in romance. Here’s what she said:

“She writes amazing African-American and multicultural historicals, often set in the Old West, but she also has stories set during the Revolution and the Civil War.”

“She writes really witty, dryly funny, contemporary romance … the heroines are all kind of prickly, which are my favorite kind of heroines.”

“They write post-apocalyptic romance. The Gideon’s Riders series has amazing world-building, taking down the patriarchy, very women-focused and subversive.”

“Every time I read one of her books, I feel like I got punched in the heart, which sounds terrible but feels really great when you’re reading a romance.”