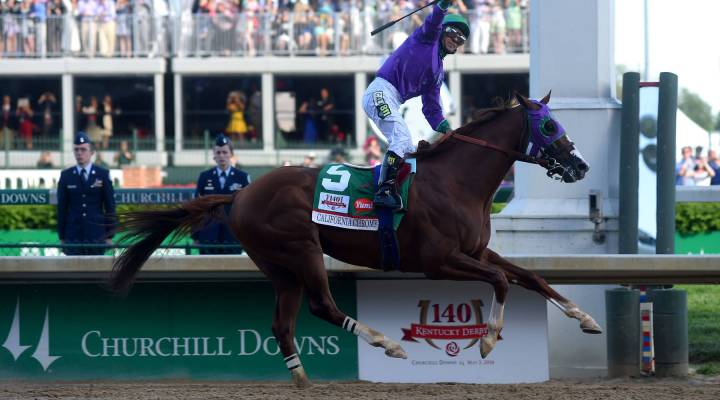 This spring, the U.S. Supreme Court is expected to decide if states can legalize sports betting. The court heard arguments late last year on a case called Christie v. NCAA — named for the then-governor of New Jersey — that could invalidate the Professional and Amateur Sports Protection Act, a 1992 law that bans sports betting in most states (Nevada, Oregon, Delaware and Montana are exempt). New Jersey is arguing that the federal government is overstepping its bounds and that states should be allowed to make their own sports betting laws. If PASPA is overturned, sports gambling could become a bigger industry in the United States, and the tax earnings could be significant. Here are five things you should know about sports betting:

1. Gambling can be traced back to the origins of this country. Betting enthusiasts like to remind folks that the American Revolution was partially funded through state lotteries. Now gambling on sports is another thing altogether. And the history is basically a back-and-forth between the states enacting gambling laws and gamblers figuring out ways to get around those laws. That, of course, includes ties to the mob and bookies that still run gambling circuits in states where legal gambling isn’t an option.

The state of Nevada stepped out on its own and legalized sports betting in 1949, thinking it would boost tourism, which it did. Last year, Nevada brought in $250 million in revenue through its legal sports books. That’s why Las Vegas and Nevada are thought of as the center of sports betting in this country.

2. Regulation normally follows big sports scandals. There was the baseball Black Sox Scandal in 1919, where members of the Chicago White Sox were accused of throwing the World Series for a bribe. States quickly began cracking down by targeting the gaming operators and bookies.

At the time of PASPA’s passage, the law that the Supreme Court is deliberating, the public’s confidence in the purity of sporting events had again diminished following a wave of match-fixing scandals (remember Pete Rose betting on baseball games? And Tulane University basketball players shaving points in 1985?).

3. People like to gamble. Not just Americans. But other nations deal with it differently. In the United Kingdom, all gambling is regulated by the Gambling Commission, which is part of the Department for Culture, Media and Sport. Lots of gamblers in the U.K. bet through shops — you can see them all over the place when you walk down the street. It’s said that London alone has 1,000 betting shops. The Gambling Commission also regulates online sports betting, something that we don’t really deal with in the United States, unless you’re betting on a foreign website. The U.K.’s online market is estimated to be worth more than 650 million pounds.

4. For as long as we’ve been playing competitive sports, Americans have been betting on the outcome … and we’ve long figured out a way to get around the legality of it. The way people get around gambling laws is either through online betting sites (normally using a VPN, or virtual private network), in order to access betting sites in countries where betting is legal. And as long as you’re not betting on a website located in the United States, the government is going to have a hard time prosecuting.

Then there are bookies. Normally, you get introduced to one of them through friends or family, and that’s where cash drop-off and code names with bartenders and what feels like mafia stuff comes in. That sort of gambling is certainly illegal, but if you talk to any gambler you know, it’s clear that it’s still happening.

5. If PASPA gets overturned by the Supreme Court, legal gambling is going to spread. If the court says current law is fine and doesn’t violate the 10th Amendment, then nothing really happens.

But if it is overturned, then it’s immediately repealed. And if the court rules the act is unconstitutional, it would open the doors for other states who want to legalize sports betting. Several states, including New York and Pennsylvania, are already plotting. Annually, illegal sports betting is a $150 billion industry, so the end of PASPA could mean serious tax revenue.