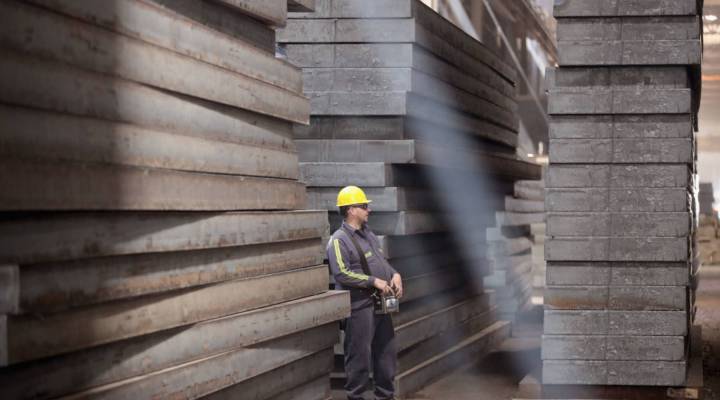 Every day the database of applications filed by companies seeking exclusion from Trump’s steel and aluminum tariffs grows. As of Wednesday, May 2, the Department of Commerce had received more than 7,000 applications, and it had posted less than a quarter of those on its website for a 30-day period of public comment.

We’ve been digging through them and noticing some trends. One of the biggest is that the majority of applicants are asking to be exempted from tariffs on steel and aluminum products because no one manufactures them in the U.S. Over the last couple weeks, we talked to a fishing hook manufacturer, people who make parts for oil rigs and washing machines, and companies involved with construction of schools and shopping centers. The following is a compilation of some their stories.

“I’ve been to most of the world’s steel mills, and I don’t think people really understand that the U.S. never, you know, since World War II, actually — the end of World War II — reinvested in its steel-making ability,” said Ronnie Smith, vice president of operations at McMahon Steel in Houston, Texas. It’s a distributor of oil field steel bars and tubing. “So while other countries — Japan and Germany and now Eastern Bloc, and even India to an extent, and of course China, which makes most of the world’s steel now — did reinvest in it. They’re using robotics and new techniques.”

One such technique yields a special type of laminated steel that is popular among high-end artisanal knife-makers. Daniel O’Malley started BladeGallery, a marketplace and small-run manufacturer for knives like these. He runs one of the smallest businesses we talked to that is applying for an exclusion, and his company is getting hit pretty hard. It ordered a shipment before the tariffs hit and still hasn’t received it because it can’t pay the tariff.

“Our steel is still sitting in Japan,” O’Malley said. “We’ve missed several shows where we were hoping to sell the steel to custom knife-makers.”

Todd Adams, who doesn’t want to say publicly the name of the company he works for because of his company’s open application, had the same thing happen with a shipment ordered before the tariffs were announced. His company paid the tariff upfront and is hoping its exclusion request gets it a reimbursement.

“So we just had to basically loan the government a couple hundred thousand dollars interest free, and we’re hoping for reimbursement,” Adams said.

Another example of a product U.S. steel mills don’t make is steel clean enough to use for tire cord, the steel wire mesh inside your tires. Creating clean steel requires melting down pure materials like iron ore instead of scrap steel, which is commonly what’s done in the U.S. — it’s the cheapest and quickest way to make steel. Using less-than-clean steel can compromise the durability of tires.

This is a problem for domestic tire cord makers. The three largest companies that make these products are all in Arkansas: Tokusen Inc. in Conway, Bekaert in Rogers and Kiswire in Pine Bluff. The three companies are each other’s biggest competitors, but when news of the tariffs hit, they decided to apply for exclusions from the tariffs as a coalition because they thought it would make their application stronger.

“I’ve worked here for almost 25 years, and I didn’t even know my competitors’ names until we started this process,” said Charles Smith, vice president of operations at Tokusen USA. “We’re all members of the American Wire Producers Association. And so when [these tariffs] started becoming an issue, every member of [AWPA] were all together and were talking about what we’d have to do to convince our lawmakers that this is a bad deal.”

The applications are at regulations.gov for a public comment period of 30 days.