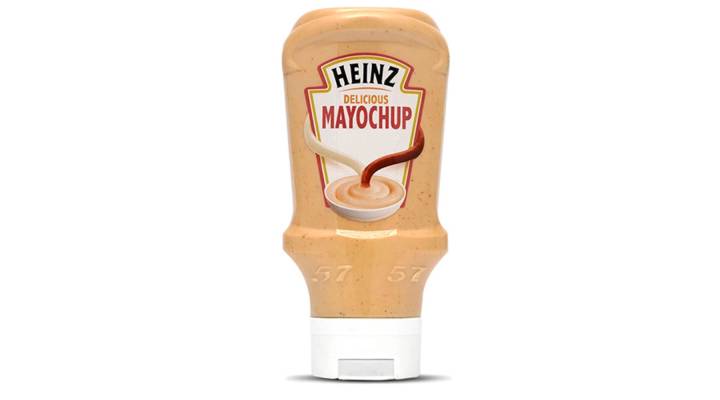 Some of us might have heard of fry sauce, secret sauce, fancy sauce and even ShackSauce (for you Shake Shack fans).

Heinz, the company that has provided us with staples such as ketchup and mustard over the years, announced last month it would be releasing Mayochup — yes that’s a portmanteau of the words mayonnaise and ketchup — to much surprise and also much backlash.

Mixed responses aside, folks from across the web have pointed out that versions of this condiment already exist in other places such as Argentina, Puerto Rico and your local hamburger joint before Heinz’s announcement.

Check out some ketchup-mayonnaise variations below:

Nobel laureate Luis Federico Leloir is the man credited with creating this sauce. In 1925, decades before Leloir won his Nobel Prize in chemistry, the teenager was reportedly fed up with plain mayonnaise while at the Mar del Plata Golf Club in western Argentina. He requested a number of ingredients from the kitchen. A little bit of mayonnaise, ketchup, cognac and Tobasco later, and he had it: salsa golf, “the perfect accompaniment for prawns.”

Fry sauce dates back to the 1940s and a chef named Don Carlos Edwards. Edwards, who had a food cart on the streets of Salt Lake City, dreamed of owning his own restaurant and eventually opened a barbecue restaurant in the area. As his restaurant’s popularity rose, Edwards was able to open more stores, which ultimately became the Arctic Circle chain in Idaho and Utah. Arctic Circle says Edwards created the original fry sauce.

Mayoketchup from Puerto Rico and Goya’s Mayo-Ketchup are both ketchup-mayonnaise variations that are popular among Latin American consumers. They are often paired with fried goodies such as tostones (twice-fried plantains).

Although its origins are a bit unclear, you can trace Yum Yum Sauce to Japanese steakhouses across the United States. It’s lighter on the ketchup and is served with seafood and steak dishes at hibachi-style restaurants.