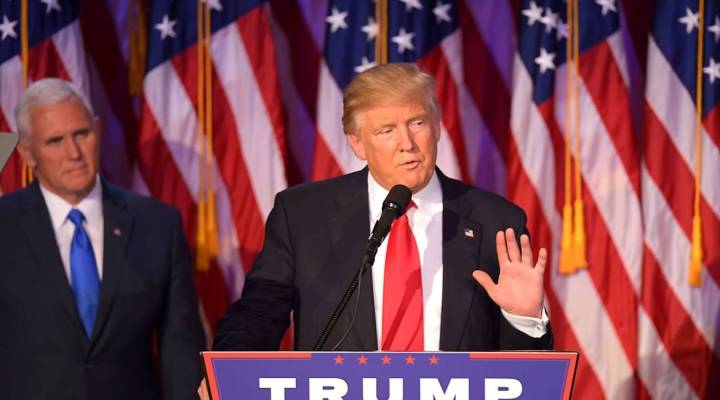 One of the prevailing narratives used to explain what motivated voters in the 2016 presidential election boils down to economic frustration. Specifically, that many Americans in manufacturing were left behind by a fast changing global economic order, and then lashed out against politicians who’d ignored them.

But Diana Mutz, a political science professor at the University of Pennsylvania, argues that this narrative is wrong — or at least incomplete. She recently authored a study on this issue, published in the Proceedings of the National Academy of Sciences.

She joined us to discuss what really helped drive Trump’s victory and what politicians should take away from her research. Below is an edited transcript of the interview.

Diana Mutz: The kind of loss of manufacturing jobs that people use often to explain this were really things that happened long before the last 10 years. And that’s indeed what we find. You know, during this period of time, most people were doing better. And even those who weren’t, weren’t those who were turning to Trump for help.

Sabri Ben-Achour: If it’s not economic anxiety and anger over loss of jobs or loss of manufacturing, what do you argue the election was all about?

Mutz: I think the election, in terms of who changed their votes, the election was really about feeling one’s group status was threatened. And I don’t mean that people necessarily would tell you that in those words. But we asked people a variety of different questions. You know, some are issue-specific, like the issue of international trade. How much threat do they perceive from China? Is the American way of life threatened or to what extent do you feel it is? And so it’s definitely the members of what we think of as dominant groups in our society — whites and men in particular, who feel a greater sense of threat. And it’s those folks who feel that threat most prominently who are likely to switch from having voted a Democrat in the past to voting for Trump in 2016.

Ben-Achour: What do you hope that your analysis helps us understand? What are, say, politicians or policy makers supposed to make of this?

Mutz: I think the problem with the whole “left behind” thesis is it’s not really what drove the outcome. And that doesn’t mean by any means that there aren’t people who are left behind. That there aren’t people negatively affected by the changes that trade has wrought in the American economy. So certainly I’m not saying don’t pay attention to those things, but the kind of threat that people feel is far more of a symbolic than a pocketbook threat. And I think it’s reassurance about the status of Americans in the global economy, for example, that will help policymakers to enable the public to respond to things other than simply being fearful.