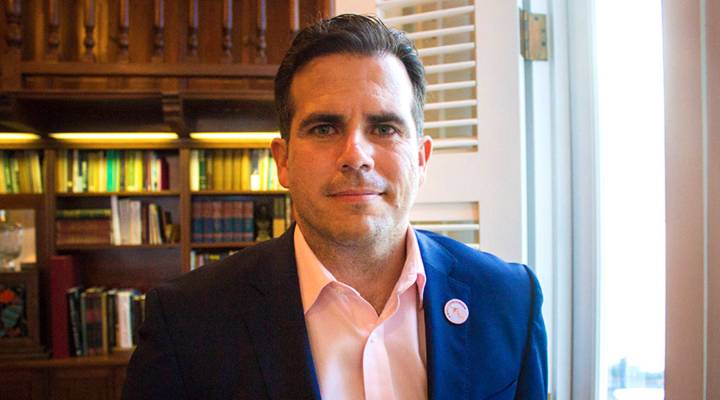 Seven months after Hurricane Maria, Ricardo Rosselló, the governor of Puerto Rico, is in a unique position. He has a specific vision for where he wants Puerto Rico to go in the near future, but that’s in conflict with people on the island, the oversight board, and the region’s various creditors.

Rosselló has a lot of options when it comes to reshaping his community, but one of the most contentious issues on the island has to do with the aid complications around informal housing. When asked what he would say to residents who have been in informal housing for a long time, he responded, “It’s time to go.”

“One of the opportunities I think we have is to start to eradicating that informal housing component, [to] start pushing folks into safe, formal [home] ownership,” he said, later adding: “We have had a significant decrease in population, and that has led itself to a lot of houses to be available or owned by the bank. There’s an opportunity to leverage, in the short run. The second component is implementing what we want to have: the most robust construction codes in the nation. Make sure we are ready for another category 5 hurricane.”

Below are some other highlights from his interview with Marketplace Weekend host Lizzie O’Leary.

“We had already established this was going to happen a long time ago. Listen, nobody wants to go to a community and say ‘your school is closing down.’ But it is not a fiscal consideration, it is [an] education consideration. In the past decade, over 43 percent of our student population has decreased. We have scattered teachers all over the map. Most of our schools don’t have a full faculty. Achievement rates are very low – about 10 percent of our kids are proficient in math, science. Only about 50 percent are coming out proficient in 8th grade in Spanish. The objective with our program is that we can consolidate those resources – have economies of scale – and we want to give everybody the access to a full faculty, so they can get a better education.”

“Our job right now is not to forecast what the bond holders will receive. Our object is to establish a fiscal plan that has fiscal measures, but also has economic growth and structural reforms. Puerto Rico is reducing their budget, more than any other state has done in the recent modern history of the United States. Within the next five years, we’re essentially reducing anywhere from almost a fourth of our budget, of our expenditures. That includes healthcare, education, and the size of government.”

“There’s a philosophical divide – I think we’ve established that. For us, making sure that pension recipients get their share- it’s of the utmost importance. It is our view that they are the most vulnerable of individuals in Puerto Rico – they would go under the poverty line if gets executed. And it has a negative impact on the economy as well.”

On who’s in charge in Puerto Rico:

“This a novel setting. On the fiscal limitation front – the oversight board has the power. On Title III and lending, the judge has the final say. On public policy, I have, and the government of Puerto Rico have, the final say. A lot of those things intermingle with each other. My role though, is to make sure we execute and that our powers delegated to us by the people of Puerto Rico to design public policy and to implement it, are not relegated. You know what, if somebody had to tackle this challenging time for Puerto Rico, I’m glad it’s me, I’m glad it’s my team. It’s a tough time, but it’s also an opportunity to start anew, to execute proper reforms – like energy reform, regulation reforms, tax reform, education reform, and health care reforms. “

Click the audio player below to hear the full interview.