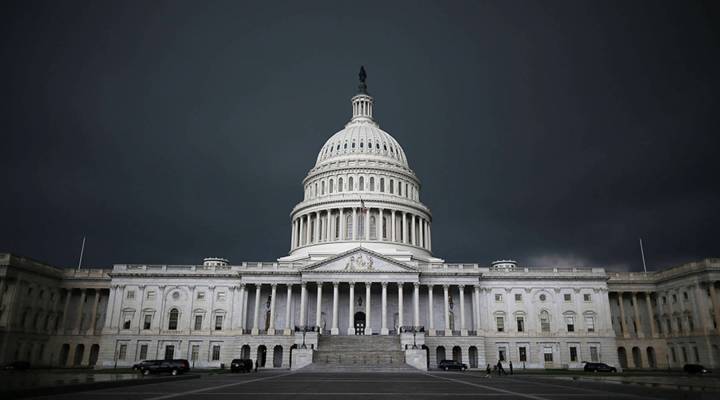 Recent economic numbers are good — more jobs are added, minimum wages are growing, and unemployment rate stays low. But these numbers don’t mean the economy is growing in the long run. Marketplace host Kai Ryssdal talks to economist Dambisa Moyo about her latest book “Edge of Chaos,” which examines the relationship between democracy and economic growth. The following is an edited transcript of their conversation.

Kai Ryssdal: I want to go to your subtitle for a second and ask you about that: “Why democracy is failing to deliver economic growth and how to fix it.” Start me off with why economic growth is vital, which is where you spend the first couple of chapters of this book.

Ryssdal: So make the connection for me between democracy and economic growth because democracy, your thesis here is, has failed in our economic development.

Moyo: Well I wouldn’t say it’s failed. I think it’s under siege right now. The critical important point is that we have a lot of macroeconomic headwinds that are impacting the global economy. Things like income inequality, issues around the amount of debt that the U.S. government the many governments around the world are now holding and how it’s increasing over time. That means it’s limiting the ability for governments to invest in infrastructure in education and in healthcare. All of these things mean that we have real risks around what might happen to the middle class. And therefore we are already seeing a lot of things that show that democracy is vulnerable and is under siege.

Ryssdal: So let me ask you about this country specifically since you mentioned the United States and debt. We just democratically elected, in this country, a Congress and a president who have decided, through the democratic process in Congress, to greatly increase our national debt and impose more debt on future obligations. Is that bad?

Moyo: So that absolutely highlights the schism between the long-term economic challenges that the global economy faces and the short-termism that’s embedded in the democratic process. Politicians are heavily driven and swayed by short term outcomes. They want to make sure that they’re elected. And therefore they’re pandering to the current voter with very little consideration for the long-term implications for the global economy. Government is focusing on essentially swaying and seducing us as near-term voters to win votes so that they can remain in office.

Ryssdal: I would also say though that capitalism in America, specifically Wall Street and corporate profits and reporting profits to the penny every quarter, that sort of plays into that whole thesis you’re sayinh.

Moyo:  You’re absolutely right. Short-termism has absolutely seeped into the corporate sector as well. We are seeing increasingly very short tenures for CEOs, meaning that a lot of CEOs turnover just in around four years now, when it used to be 10 years back in the 1970s. That’s very, very damaging for long-term strategic planning of companies. But also the investors that invest in companies have also become incredibly short term.

Moyo: Well I mean I would hope, and I think that as voters, we should think long term, we should care about our children and our children’s children, and generations to come. It’s the sort of backbone of America. And therefore I think that we are the ones who have to, in a way, skew and manage the, sort of, agenda of politicians. Politicians are simply pandering to what voters want. And I think to the extent that voters do care about future generations then politicians will fall in line.

Click here to read an excerpt of Moyo’s book, “Edge of Chaos.”