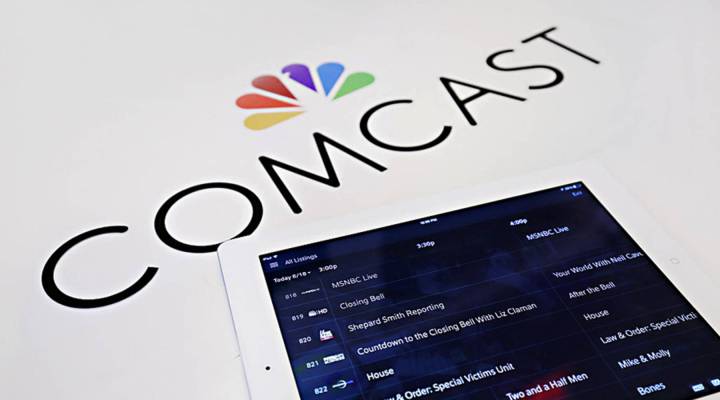 TV is changing all around us. Just last week, ESPN, a pillar of cable subscription bundles, launched its own streaming service, ESPN Plus. It’s just part of how streaming and other tech trends are changing the way we watch television. Old-fashioned cable subscriptions meanwhile seem like something out of “Land of the Lost.” Given all that, it’s easy to forget that just a few years ago, the big disruptor in the TV industry was cable. Marketplace Tech host Molly Wood spoke with Amanda Lotz about her new book, “We Now Disrupt This Broadcast,” on the role of cable and the internet in transforming the way we’re entertained.

Amanda Lotz: Much of the rest of the world, rather than becoming multichannel by cable, many countries became multichannel by satellite. And it really gives American cable providers this huge advantage, that was largely misunderstood until quite late, as really these robust providers that could easily shift from providing video service to becoming the internet backbone, really, for most American homes.

Molly Wood: Well, and then, of course, we have seen those companies start to acquire their own content. Is that also a scenario that’s somewhat unique?

Lotz: Yes, largely. And I think it’s still sort of unclear. So you certainly have that being the case with Comcast. But I think really waiting to see what happens with the AT&T DoJ case, I think that will be an important turning point, because there really hasn’t been widespread ownership, even here in the U.S., of both content and distribution.

Wood: What do you think it could mean if there is for this sort of digital television economy?

Lotz: Well, I think the other intervening wildcard there is net neutrality. And so in a world where you have that kind of vertical integration and no net neutrality, I think it becomes all of a sudden a very difficult place to do business. And I think we very quickly go back to the world that many of us were kind of glad to be leaving in which these providers really have monopoly control over our lives and don’t offer us the options for services that we want but instead are in this position to really give us no choice in how many channels we want, what kind of internet access we have, its speeds and how much we have to pay.

Wood: And then, let’s talk a little more about the tech and the distribution. I know we already had this cable infrastructure, but why do you think satellite didn’t disrupt it? Why we evolved to just have this delivery mechanism that we have now?

Lotz: Well, satellite, when it came in in the mid-1990s, it did a really good job of competing with cable as a video service. But the issue was the arrival of the internet and that satellite-delivered internet hasn’t yet been a technological feasibility. I think should that change, then we do start to see a really significantly interesting competitive marketplace if you have something other than just your cable internet provider.

Wood: I can’t help but sort of draw a parallel to the music industry that resisted streaming for so long. I used to work for CBS, which resisted digital distribution as long as possible. I mean, could cable companies have played a more dominant role in the streaming economy than they do now?

Lotz: It’s important to remember the complicated position of incumbents, right? They’re making good money, and many of these not-digital companies continue at this point to be very profitable. And so they just don’t have that incentive to embrace change. Regardless of what happens with Netflix’s profitability, its legacy will really be that it forced change on the incumbent industry that probably would have continued to drag its heels for much longer because there is just no reason not to.