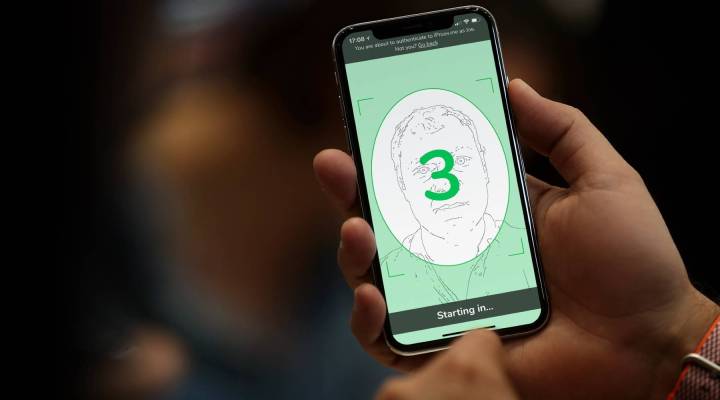 The company announced the partnership this week to bring its facial recognition, app-based technology to the Department of Homeland Security. By the end of 2019, iProov aims to allow U.S. travelers enrolled in trusted traveler programs, like Nexus and Sentri, to use their smartphones to pre-approve travel documents before they even get off the plane.

It’s the same technology currently deployed at the U.K.’s tax authority – HMRC — and banks including Netherlands-based Rabbobank and Norway’s DNB. iProov founder and CEO Andrew Bud explained how it would work at the border: A user would launch the app before they head out to the airport, and scan their travel document — a bar code, for example, on their Sentri cards. They would then see a sketch-like drawing of their face in an oval frame. A series of bright colors would flash across the screen, and the app would notify the user their face has been recognized and approved by the system.

The process – which only takes a few seconds — proves the user is a real person and not a fabricated image or pre-recorded video, Bud explained. The key, he said, is in the colors that flash across the screen.

“That tells us whether we’re looking at a skin-covered human-face shaped object or something else entirely. The colors we flash on their face are different every single time. We look to make sure the sequence of colors reflected from the person’s face is the same as the sequence we told the device to flash, that way we can tell the person is really here now and we’re not looking at a replayed recording that was stolen at some other time,” he said.

He argues this kind of technology is far more accurate at detecting inconsistencies than passport officers. Bud cited an Australian study conducted in 2014 which found around a 14 percent error rate among officers matching photos to live people. Bud said in one test, his system successfully matched an individual with a photo taken three decades prior. In another case, the system was able to correctly identify a man who had reconstructive surgery on his face after a major bike accident.

But with the Facebook and Cambridge Analytica scandal fresh in the minds of potential users, data protection is likely a key concern. Bud said while the images of users’ faces are stored on iProov’s servers, no other identifying information about those individuals is kept alongside. Since the company is based in Britain, it will be bound by the European Union’s General Data Protection Regulation, which governs the use and storage of personal data and is set to go into effect later this month.

“We’ve been subject to ferocious security due diligence by a number of banks and governments to ensure our systems are really robust … so we take our stewardship very seriously. We built our systems according to national security grades of robustness,” he said. “Authentication and identity checking of people’s faces is not about the secrecy of the face. My face is not secret: You don’t need to steal my face, just go to LinkedIn. What really matters is that the face being assessed is genuine.”