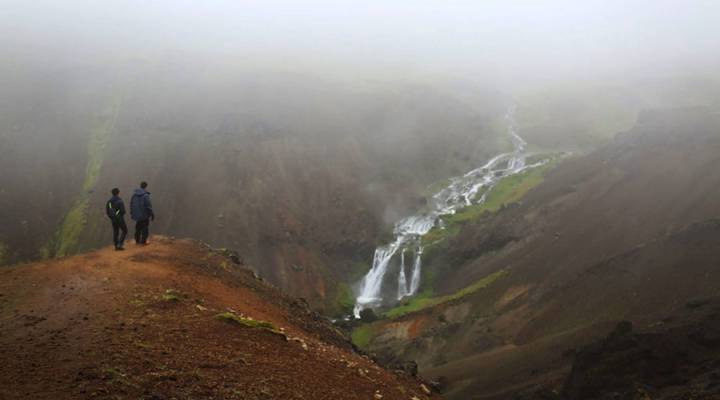 The millennial generation — young adults ages 22 to 37 — are often criticized as irresponsible, like not saving enough for homes because they’re buying expensive avocado toast. This assertion, which riled quite a few Marketplace staffers, has been pretty thoroughly debunked.

Earlier this year, the National Institute on Retirement Security reported a startling statistic: two-thirds of millennials have no retirement savings, and those who are saving aren’t saving enough. But there’s a sector of the population defying that trend — people belonging to the FIRE movement. It stands for Financial Independence, Retire Early.

“The principle of it is that if you plan your life a certain way, you can exit the rat race 20 to 30 to 40 years ahead of time,” said Joy Shan. She wrote about the movement and its adherents in Silicon Valley for California Sunday Magazine and ran through the basic tenets for us.

Robert Roose, 27, who works as an engineer at a San Francisco big-data company, is a part of the FIRE movement.

Courtesy of Maria Lokke for The California Sunday Magazine

There’s a spectrum of financial goals in the FIRE community.

“There is Lean FIRE, which are people who want to retire with $300,000 in investments. [This group plans] to do what they call geo-arbitrage, which is move to, say, Latin America or somewhere in Asia where the dollar has a lot of power, and they plan to live frugally. And then on the other end of the spectrum there’s what’s called Fat FIRE. And usually it’s higher-income professionals, like surgeons or senior software engineers, who … live like interns for the duration of their career, and then they can enjoy the cushier lifestyles or more upper middle class, comfortable lifestyles once they retire.”

Saving money isn’t all there is to it. The people Shan interviewed are mostly tech workers in Silicon Valley, who are savvy about investments and make a lot of money.

“Active saving, or you know, taking a bus instead of Uber and saving those few dollars, it can’t really get you anywhere if you’re making below a certain income. All the people I met, really, they rely on passive income streams, investing. Some of them are trying to get into real estate, cryptocurrency in a lot of situations.”

What makes FIRE movement members different from millions of others who save for retirement? Shan said it’s all about the way they see their retirement goal: a deadline they’ve given themselves to save a specific, calculated amount of money.

“Usually that’s not an arbitrary number; there’s calculation that backs that up and you have a savings goal. And then suddenly every sort of opportunity that arises to spend money, like going on a vacation with their friends or buying an expensive pair of boots … the question becomes, would it be worth putting off my deadline? Like, would it be worth working for another month or another six months or another year? And I think that that way of understanding money, I think a lot of us have that subconsciously but it’s not articulated as clearly as it is for some of these people.”

Tech workers in Silicon Valley may be uniquely suited for FIRE’s lifestyle.

“You have these people whose jobs are [to] build systems and optimize systems for a living. And I think that a lot of the work that it takes to hack your finances, to retire early, just has to do with a lot of planning, a lot of calculating. It’s people who really derive a lot of joy and stimulation from that.”

To hear the full interview, click the audio player above.