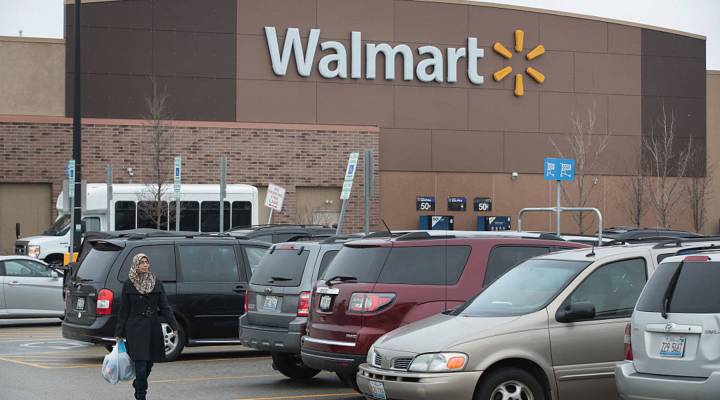 Walmart reportedly wants to purchase the health insurer Humana, which has a market value of around $37 billion.

This might seem like an odd couple on the face of it — Walmart is the place that sells everything from guns to pineapples — but remember that Amazon, JPMorgan Chase and Berkshire Hathaway announced plans earlier this year to form a new company that would address their employees’ health care costs.

To help us understand more about the retail giant’s business strategy, Erik Gordon from the University of Michigan’s Ross School of Business stopped by to explain. Below is an edited transcript.

Sabri Ben-Achour: Why would Walmart want to buy a health insurance company?

Erik Gordon: Well, Walmart wants people to come to the stores. Humana insures a lot of older people. They get their drugs pretty often — once a week, once a month. Every time they do that, if they come to a Walmart store, who knows what else they might buy. Walmart, which is the giant that scared everybody, is now a little bit scared itself. It’s scared of Amazon, and we think Amazon is going into the health care business. So Walmart is fighting back.

Ben-Achour: Well, on the other side of this equation, why would a health insurance company want to combine with Walmart?

Gordon: Well, it turns out that everybody in health care is in a battle with everybody else in health care to see who’s going to control the flow of patients, the flow of money, and how much money they get. If they can do deals that save money when they have to pay the money out, like you can buy stuff cheap at Walmart, that will help them. The other big thing is Walmart has a lot of space and a health insurer could set up low-cost health clinics inside Walmart stores and that could save a health insurer a lot of money.