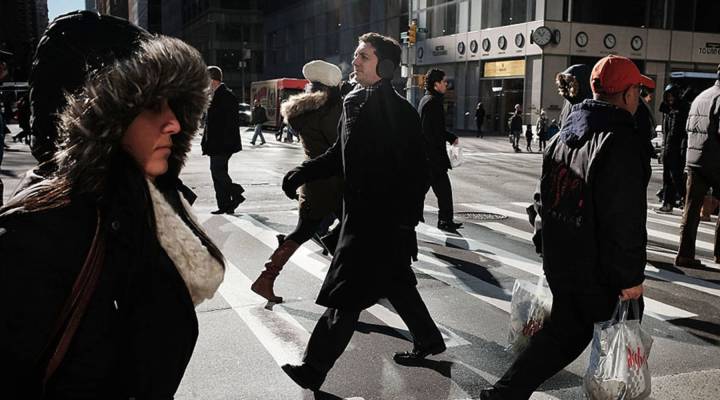 Facebook comes up with some interesting "people you may know" suggestions. Spencer Platt/Getty Images
Listen Now

Facebook’s data collection habits have been an eye opener for many in the past few weeks, with users learning how little control they have over their data. And Facebook isn’t just collecting data to figure out who you are, but also who you know and who your friends know. Marketplace Tech host Molly Wood spoke with Kashmir Hill, who covers privacy and tech for Gizmodo, to explain the so-called shadow profiles on Facebook.

Kashmir Hill: All the information that your friends have ever given Facebook about you has been added to your profile. So any phone number that somebody has on their phone or any email address or any notes that they’ve put in their contact section have been silently and invisibly layered on top of your profile, meaning that Facebook knows way more about you than you realize.

Molly Wood: And uses that information to make connections with other people, right? Or suggests people that you might want to be friends with?

Hill: Yeah, the reason I got interested in this is because I was trying to figure out why people were getting such creepy “people you may know” suggestions. Facebook basically has this really detailed black book, and because they know all these things about you, like all the phone numbers you’ve ever had, they’re able to connect you with anyone you’ve ever communicated with. And it ends up connecting you with really strange people. So, for example, a psychiatrist told me her patients were being recommended to each other as friends on Facebook, and that’s because Facebook has all this contact information, and it’s kind of chaining it together. So it knew that her patients had somebody in common.

Wood: In your article you say, for example, a one-night stand from 2008 or a person you got the couch from on Craigslist. So let’s say the person I bought the couch from has my number in their contacts, they log onto Facebook, they upload all their contacts, and then my phone number ends up in there or some old phone number or some old address. I can’t access that because it would violate the couch salesman and his privacy?

Wood: And then what does it mean for people who have never been on Facebook or never opened any social media account but whose information nevertheless exists somewhere in their databases?

Hill: Yeah, I mean, what’s funny about it is I’ve definitely encountered people who are links who aren’t on Facebook. So a man who told me that his current girlfriend was recommended to his ex-wife. Even though he himself is not on Facebook, his contact information is still being used to connect people. And again, there is nothing they can do to prevent that. So I’ve heard from many people that “people you may know” is a good place to discover whether your spouse might be cheating on you because of who ends up coming up in your recommendations.

Wood: How does this compare to, let’s say, Google? You know, we put a lot of attention on Facebook in terms of data collection. But you could argue that they are just one of a couple of companies who are playing this game better than everybody else who are also playing the same game. Is it just that it’s sort of more visible in that weird “people you may know” way?

Hill: Yeah, with Facebook, it is to a certain extent social, and a lot of the information you’ve actually given to it, whereas, you know, when I look at other tech giants like Google or Amazon, it’s more of this passive tracking of your behavior. So being able to see all the searches you’ve ever done or seeing everything you’ve ever bought, all of these pools of data are valuable in their own ways. It’s just with Facebook, we can actually see it. And it really opens this box of just how much these companies know about us and how accurately, or sometimes inaccurately, they’re able to use that information to profile us and figure out what’s going on in our lives.