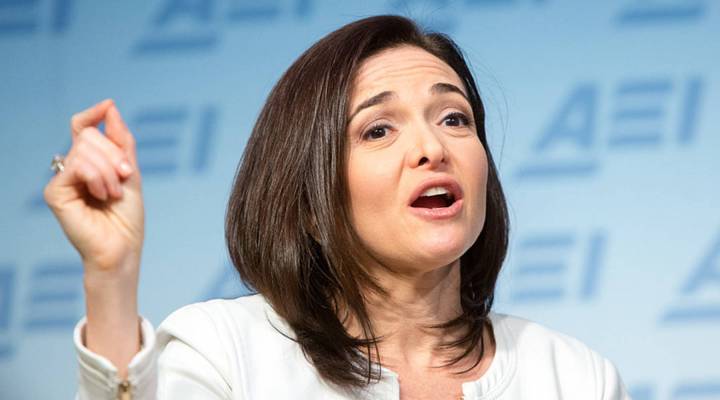 In C-suites across the country, there are still more male CEOs than female CEOs and more male COOs — chief operating officers — than female COOs. But Leigh Gallagher, editor at large for Fortune magazine says there’s a trend worth watching in Silicon Valley — the rise of the female COO at tech companies like Facebook, Airbnb, and Pinterest. She writes about it in her piece, “These Women Could Be the Tech Industry’s Next Great CEOs — Or Not.”

Yes, there are still more men holding those jobs at technology companies in general, but an increasing number of women taking that role could mean more female CEOs in the future. The COO job is generally considered a stepping stone to CEO. Gallagher talked about her piece with Marketplace host, Kai Ryssdal. The following is an edited transcript of their conversation.

Kai Ryssdal: Do me a favor would you and help us all understand what exactly a COO does?

Leigh Gallagher: Well it’s funny, that’s precisely kind of the hard thing. The COO stands for Chief Operating Officer. It’s sort of a shapeshifter because it really varies company to company, industry to industry, and even CEO to CEO. But it’s effectively, you know, second banana. It’s No. 2. And in old sort of Fortune 500 arena, that’s sort of used as a succession tool itself. Executives are often put in that role with the understanding that they’ll take the top role. But what I really looked at was the way the role has evolved and is evolving in the tech world which is a very different beast.

Ryssdal: Well let me let me actually get back to — it’s not the origin myth certainly but in Silicon Valley and for the purposes of this piece, Sheryl Sandberg at Facebook is sort of the ground zero right?

Gallagher: Yes she was ground zero, patient zero in this whole trend. And one of the reasons why we see so many female COOs is because everyone wants “ a Sheryl.” I have a source in a story who says people think they can get “a Sheryl” as if it’s just as simple as ordering one on Amazon. I mean like it’s a thing. And that’s true. And look I mean Sheryl Sandberg was brought into Facebook when Facebook didn’t have a business model, didn’t know how it was going to make money, was not making money. Within three years, it had just totally professionalized, monetized, and you know, granted they’re in the foxhole dealing with its biggest crisis to date now, as we know but that partnership is really been something that many credit for the company’s success.

Ryssdal: OK, so let me break it down from there and ask you two related questions. One is, is there something about high growth technology companies that lend themselves to COOs who are women of high ability. And also what is it about these women? Because there is certainly a type of woman that you profiled in this piece who has the character attributes that that make these companies sing.

Gallagher: Well the first thing is, what is it about tech? Well there’s one thing in particular and it is young male founders. We will have more females one day but it’s mostly male. What’s shifted is that the VCs who used to bring in sort of what was called adult supervision in the form of a seasoned executive – witness Eric Schmidt at Google or Meg Whitman at eBay – that’s not happening anymore because there’s so much competition to be able to fund these companies that being founder friendly has become an important principle for the VCs to have. So the founders are staying and that requires the need for a really strong No. 2. So, why women? Well a couple of things. I mean I think there’s a lot of seasoned talent out there. I think that’s one thing. No. 2, you know you want to be careful about saying these things but I think we know that the way men and women lead are different. Women over index on humility and they’re very good consensus builders, very good at multitasking. And these are all the things that are required to be a really good No. 2.

Ryssdal: But Sheryl Sandberg could—not to make it all about her but she could have any job basically in any company she wanted. And yet here she is still at Facebook 10 years later.

Gallagher: Yes. And I think that’s really important. I mean she could. She is the most high profile COO in the world, male or female. She has elevated the role, which has made these jobs more appealing for these women who have taken them — and men. And she could do anything, she could run for president. I mean what other COO is rumored to be a presidential candidate? But you know she has said that she’s staying at Facebook and there could be a number of reasons for that. This company is still very influential and important. I think she’s really valued the work she does there. She’s been able to build her brand for women’s empowerment while there. We don’t know what she’ll do next. I mean that could be a whole parlor game, it is. But not every COO wants to be a CEO for a variety of reasons.

Ryssdal: Do you think that this current crop as it were of female COOs in Silicon Valley means in, I don’t know, 10 years — because some of these women are young right, — do you suppose it means in 10 years we’re going to see a bunch of female CEOs at these companies?

Gallagher: Well that’s the big question and that that is what we’re waiting to see. And I think it’s going to be shorter than 10 years. One of the sources in the story said we’ll know in two to five years. These women are going to be ready to be poached for these top CEO jobs whether it’s at their existing companies or more likely at a different company. And that could be in tech, it could be in another company because every company is trying to be a tech company now. So we’ll know. And the only question is, will the boards, the recruiters, the hirers, you know have the faith that these women can in fact take the reins and lead this company into the future?

Ryssdal: Well look then you’ve got to get the boards out of the bro culture thing, right, I mean that’s the deal with Silicon Valley.

Gallagher: Right. Well that’s the other reason why this is happening. Having a woman COO lets you say “we’re diversifying our C-suite, everyone” and they are. Listen this is a very senior role, I don’t mean to downplay the significance of having all these women in this tippy-top role. It’s important because then they bring in more women in other roles. But I think everybody knows that we need more women CEOs, so here’s a whole bunch of pre-qualified, really competent ones, right there ready for it. 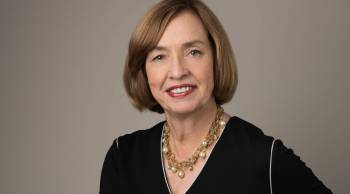