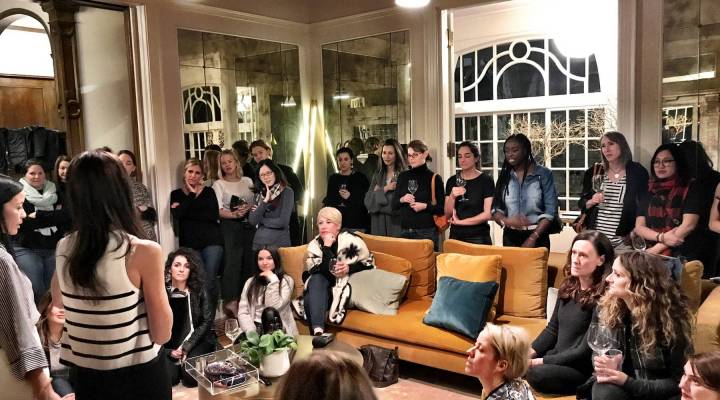 Recently, an e-commerce fashion startup called The Accessory Junkie hosted a preview of its jewelry collection at a private home in Portland, Oregon.  Co-founder Michelle Reeves pitched the crowd, describing each piece as “individually curated.” She stressed that, “Everything is either one-of-a-kind or highly limited.”

One of the shoppers, Whitney Chapman, said she was impressed, “I’ve been able to travel a lot, and I’ve never seen those types of unique items all put together the way they are doing it.”

Mass market retailers such as H&M, Nordstrom, and Macy’s are continuing to close stores in 2018. And that’s not just because the convenience of online shopping is slowing foot traffic. Some shoppers’ tastes may also be changing.

According to McKinsey & Co.’s latest “State of Fashion” report, personalized, tailored shopping experiences are a trend in fashion retail this year.

Another shopper at The Accessory Junkie meet-up, Tammy Comer, said she used to look for bargains at the mall, but doesn’t feel good about that anymore. She said she also buys less stuff these days.

“I’d rather have a connection to the things that you buy. So that they are meaningful and not just throw-away things,” Comer explained.

The Accessory Junkie has a lot of company in the online fashion startup space. Everlane, Stitch Fix, MM.LaFleur and numerous others market to individual tastes or values instead of stressing broad fashion trends.

Michael Dart is a retail consultant with AT Kearney. His new book, “Retail’s Seismic Shift” looks at how shoppers’ tastes are starting to fragment. He says traditional retailers are having trouble getting consumers in the door even with steep discounts, because there are just too many options.

“The closets are filled up and people now have a lot of basics, they have a lot of clothing that they are just not wearing enough,” Dart said. “So they now are looking for something that is unique, that does tell a story, that has authenticity, that has meaning.”