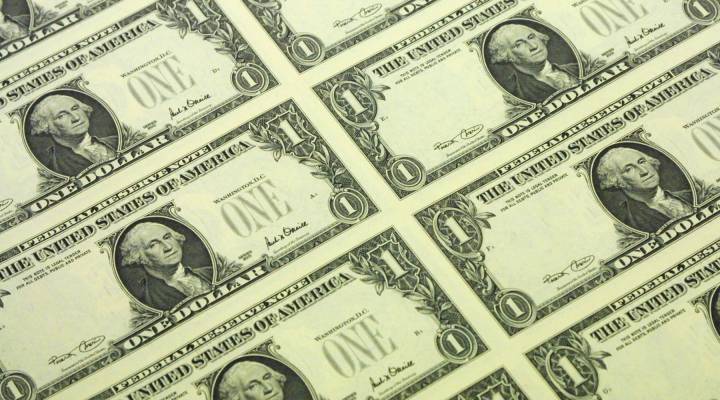 How many agencies does it take to regulate a financial system? In United States, about half a dozen at least.

And this fragmented system made dealing with the 2008 financial crisis more difficult. Regulators struggled to figure out who had authority to do what, and there was no one figure overseeing the efforts to right the U.S. economy.

This “relative balkanization of the authorities was a major factor in why this crisis was so bad and why the damage to the economy was so great,” said Timothy Geithner, who was the president of the New York Fed when the financial crisis began, and who later became President Obama’s first Treasury secretary.

What does it mean to have so many financial regulators? How did we end up with this system? And has it gotten any better since 2008? To find out, we reached out to a number of experts, and here is what they had to say:

OK.  So who regulates banks?

Who regulates financial institutions depends on their charters. Before you can open up a bank, you must receive a bank charter. But where you go to get that charter depends on what kind of institution you’re operating, said Hal Scott, international financial systems professor at Harvard Law School.

“There are just a lot of different regulators, and they overlap in their authorities,” he explained.

Financial regulators in the U.S. include:

“By the way, we also have state bank regulators,” Scott said. “So if you’re a state-chartered bank, you could be regulated by state authorities and then on top of that, federal authorities. And then on the sort of investor consumer protection, you’ve got multiple agencies.”

“I don’t know of another major country that has anything close to it,” Scott said. “For instance, to take England by comparison, they have a bank regulator and one market regulator. That’s it. Japan, they have actually a single regulator of everything.”

How did this division of regulatory powers contribute to the 2008 financial crisis?

“The basic problem was this: No one in the government had responsibility for assuring the stability of the entire financial system,” explained David Wessel, a senior fellow in economic studies at the Brookings Institution and director of the Hutchins Center on Fiscal and Monetary Policy. “Each regulator had responsibility for one set of institutions; no one had responsibility for the whole. And that proved nearly fatal to the system. It was part of the cause of the crisis, and it made responding to the crisis much more difficult and complex.”

Another problem was that financial institutions would partake in sort of regulatory shopping — choosing to be supervised by one agency over another. For example, back in 2007, Countrywide Financial Corp. gave up its bank charter to become a federal thrift — a savings and loan association that specializes in mortgage and real estate lending. Countrywide made the switch to escape the Fed’s supervision, Wessel explained. As a thrift, it would be regulated by the OTS, which Wessel said did a “terrible job.” So terrible, in fact, that the Dodd-Frank financial reform legislation abolished the OTS and integrated it with the OCC.

The Great Recession was not the first time that regulators realized that having multiple agencies oversee different parts of the financial sector was a complicated problem.

“[Former Treasury Secretary Henry] Paulson, before the crisis, and others, tried to straighten this out with proposals to reorganize the financial regulatory architecture, but the vested interests — both in the industry and inside the government — have thwarted that,” Wessel said.

Having so many regulators “serves the interests of people in Congress,” Scott explained. “There are multiple committees in the Congress that supervise the regulators, and people want to be on these committees for many reasons, among them the possibility of getting campaign contributions. The Congress has never had any real interest in consolidating this because that would basically mean fewer congressmen had oversight and fewer congressmen were in a position to get campaign contributions.”

Did we try to fix this after the 2008 financial crisis? And did it work?

Congress did try to fix this fragmented system in the 2010 Dodd-Frank financial reform bill, which created the Financial Stability Oversight Council.

“It is headed by the Treasury, to which all of these other bodies report,” explained Roy Smith, an emeritus professor of finance at New York University. The move “essentially brought to an end the problem of regulatory silos not coordinating with one another,” he said.

What’s more, the council can decide that a nonbank financial firm is threatening the stability of the financial system and enforce new and tougher supervision — something that would have been useful when dealing with investment banks during the 2008 financial crisis.

“The Fed and other bank regulators had little oversight and precious little information about Bear Stearns and Lehman,” Wessel explained. “They were under the supervision of the Securities and Exchange Commission, but, incredibly, the SEC isn’t cast as prudential regulator responsible for the safety and soundness of those institutions. No one was. That’s changed under Dodd-Frank: The FSOC can designate systemically important institutions no matter what their organization form.”

However, while the FSOC in a sense creates an end to the balkanization of regulations, it doesn’t mean it will actually work when push comes to shove, warned Smith.

“This body is just as efficient as most other government bodies, and it doesn’t really exercise very stringently the control over all of them in some kind of uniform way,” he said.

Dodd-Frank brought about a couple of other changes as well. In 2011, the Office of Thrift Supervision was technically merged with the Office of the Comptroller of the Currency. That was the same year that the CFPB was established.

And while the Republican-held Congress has attempted to curb the powers of CFPB and roll back some parts of Dodd-Frank in recent months, the FSOC is still intact.