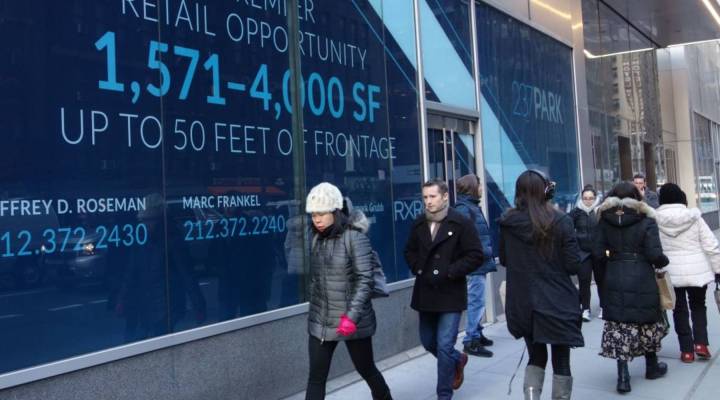 The unemployment rate is at a low 4.1 percent. Wages are ticking up slowly. And the new tax bill has gone into effect — resulting in a boost in take-home pay for most workers.

But whether your economic anxiety has increased or decreased in the last year depends on who you are, according to the latest Marketplace-Edison Research Poll. The poll, which we’ve been conducting since September 2015, describes just how stressed out people are feeling about their own personal financial situation. And the numbers tell a story about how differently Americans are experiencing the current economy. Here’s a look at the key findings:

Marketplace and Edison created what we call the “Economic Anxiety Index” based on the poll results. The higher the number, the more stressed we are. And over time, our anxiety has lessened: It peaked at 36.2 in October 2016, shortly before the presidential election, and currently stands at 31 — a slight decrease from our last survey in April 2017.

Our anxiety differs based on our race, age and gender.

African-Americans, women and 25-34 year-olds are the most anxious about their personal economic situations.

Our view of the economy depends on our politics…

The poll shows that 63 percent of Republicans say the U.S. economy is doing better than a year ago, while only 23 percent of Democrats say so.

However, those same Republicans that said the U.S. economy is doing better don’t always feel that way about their personal financial situation.

…as does whether we trust federal economic data

We’re worried about a recession.

While economists and Fed Chair Jerome Powell feel the economy is strong and generally don’t feel that a recession is looming, our poll respondents felt differently — 59 percent think there will be a recession in the next year. But that number might be so high because of recent market volatility.

“We were asking people about three weeks ago, and this is when the there was a lot of volatility in the stock market,” said Meyn. “And so it’s possible that people were seeing that and reacting.” She also notes, “Regardless of what was happening at the stock market, this is a snapshot of a point in time. We’re seeing 59 percent of people say they expect a recession within the next year, and that’s a big deal.”

And we’re not sure what to make of the new tax law.

We asked our poll respondents how they expected the new tax law would impact them personally, as well as whether it would be good for the economy. About one-third of them don’t expect to see a personal impact.

Check out the rest of the data from the Marketplace-Edison Research poll.