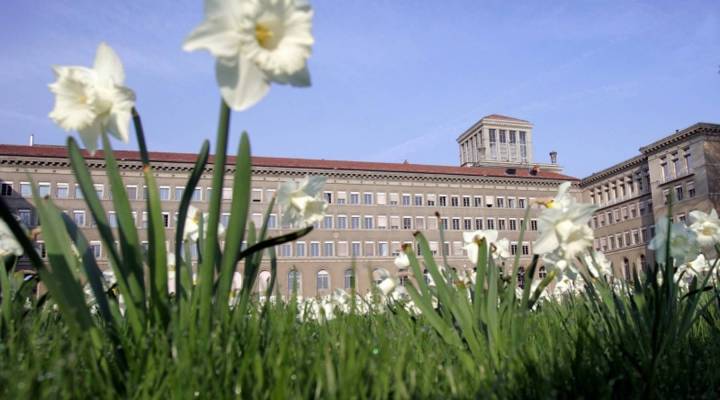 The Trump administration announced on Thursday that it will impose tariffs of 25 percent on imported steel and 10 percent on imported aluminium in a move intended to protect domestic manufacturing. Below is a glossary of some common terms that have come up in the discussions and debates that followed the announcement. If you have suggestions for any additional terms you’d like to see defined, let us know in the comments.

Tariffs: A tariff is a tax on a class of imported goods.

Think of a tariff as a penalty — taxes make goods more expensive. And that’s the idea. Slap a tariff on a foreign product, like steel, and foreign steel becomes more expensive to import. That, in theory, gives “protection” to domestic steel manufacturers, who can produce steel at lower prices.

The thing about tariffs is they cut both ways. While they can create jobs and raise profits in the protected industry, by reducing cheap imports, tariffs can also drive up prices for lots of other goods, which can ultimately cost jobs and hurt consumers.

Trade war: We operate in a global economy. You slap a tariff on stuff I sell to you, I’ll come right back at you with a tariff on what you sell to me. In other words, retaliation. And retaliation doesn’t always come in the shape of goods.

Trump believes that the U.S. has been taken advantage of in trade deals with countries like China and Canada. But when the U.S. imposes higher tariffs, our trading partners are affected, and if they retaliate, that can start what’s called a trade war. Canada, the European Union, China and the United Kingdom have all expressed concern about the recent tariffs.

When a country (USA) is losing many billions of dollars on trade with virtually every country it does business with, trade wars are good, and easy to win. Example, when we are down $100 billion with a certain country and they get cute, don’t trade anymore-we win big. It’s easy!

Read more here, where Marketplace’s Scott Tong breaks down why the most recent tariffs could draw swift retaliation.

Protectionism has roots that go back to the Revolutionary War. Alexander Hamilton and others believed that for the U.S. to become truly independent, it needed to make its own goods. And in order for those goods to become successful, they needed to be less expensive than foreign goods.

Before the Civil War, Northerners used protectionists policies to protect their manufacturing interests, whereas Southerners, who were exporting massive amounts of cotton for other goods, wanted freer trade.

In today’s Congress, an impulse toward higher tariffs depends on a variety of factors. People for and against don’t tend to fall into neat categories. In general, Democratic lawmakers have been more in favor of the tariffs announced by the Trump administration, whereas GOP lawmakers have opposed them.

Sen. Ben Sasse (R-NE): “Trade wars are never won. Trade wars are lost by both sides. Kooky 18th century protectionism will jack up prices on American families — and will prompt retaliation from other countries. Make no mistake: If the president goes through with this, it will kill American jobs — that’s what every trade war ultimately does. So much losing.”

Sen. Sherrod Brown (D-IL): “This welcome action is long overdue for shuttered steel plants across Ohio and steelworkers who live in fear that their jobs will be the next victims of Chinese cheating.”

Dumping: This is a kind of predatory practice that happens when manufacturers export a product like steel to another country and flood the market with it at the lowest price.

If I dump a huge array of cheaper steel into your economy, I then get to drive out the competition and create a monopoly situation where I control the price and quality of the product. It’s kind of like your jerk friend in Settlers of Catan who has a monopoly on all the ore in the board; you’re forced to trade with him and to accept his terms of negotiation.

Trump and U.S. steelmakers have accused China of dumping. This isn’t a new criticism, particularly of China. In 2016, the Obama administration imposed tariffs of over 200 percent on certain Chinese steel products, but Trump’s proposed tariffs are more wide ranging.

Think of the WTO as a referee. Every basketball game needs a ref to call foul and keep the game fair. That’s what the WTO tries to do.

Section 232: Now we’re getting wonky. The U.S. Department of Commerce can use something called a Section 232 investigation, under the authority of the Trade Expansion Act of 1962, to determine the effect of imports on U.S. national security.