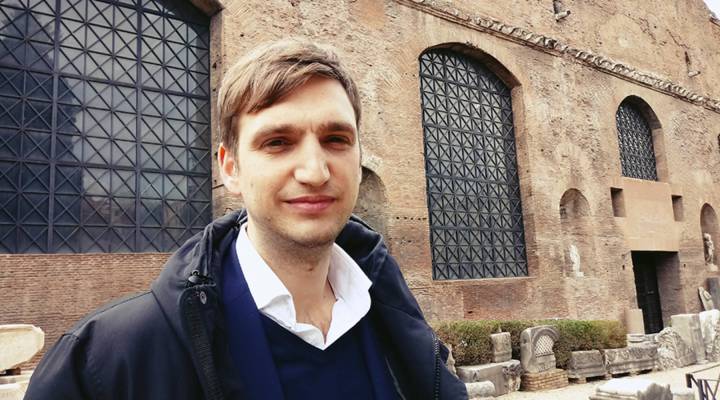 Italians go to the polls this Sunday to elect a new government. Given Italy’s indebtedness and the shakiness of many of its banks, the outcome of the election could send ripples across financial markets. But the precise outcome is very difficult to predict.

One thing does seem certain. The ruling center-left party – Partito Democratico or PD – appears to be headed out of office, even though the economy has improved under the party’s watch.

“Unemployment is falling. The economy is growing. Youth unemployment is decreasing,” said Massimo Ungaro, a PD candidate. “But we have suffered in the opinion polls because we have dared to propose medium- and long-term solutions for the country’s problems. That does entail difficult choices.”

The PD’s reforms have made the labor market more flexible, but they haven’t pleased everyone or put very many people back to work – 32 percent of young Italians are still unemployed.

What has really hit the PD’s popularity has been the ongoing crisis over migration. Anger and fear have been growing over the influx of more than half a million migrants and refugees, many of them from Africa. Neo-fascist groups have been growing fast and mainstream politics has lurched to the right. The moderate center-right party Forza Italia, led by media tycoon and former Prime Minister Silvio Berlusconi, has formed a coalition with the vehemently anti-immigrant Lega, known in English as the Northern League. That coalition now looks set to win the most votes and form the next government.

But few observers expect a clear and decisive victory and a stable government after Sunday’s vote.

“Even if the center right wins, it’s not clear whether they will have a coherent and agreed program. There are many differences between the coalition members,” said Enrico Giovannini, a former Minister of Labor and now a professor of economics.

Cecilia Sottilotta, assistant professor of international relations at the American University of Rome, is even more pessimistic. She predicts weeks of horse-trading and confusion, possibly followed by another election.

“It’s going to be a mess,” she said, “an absolute mess. I’m not afraid to say so. It’s unfortunate.”

And not just for Italians. The country has the biggest public-debt load in Europe and its banking system is fragile. There’s always the danger that political instability in Italy could re-ignite a wider European debt crisis.