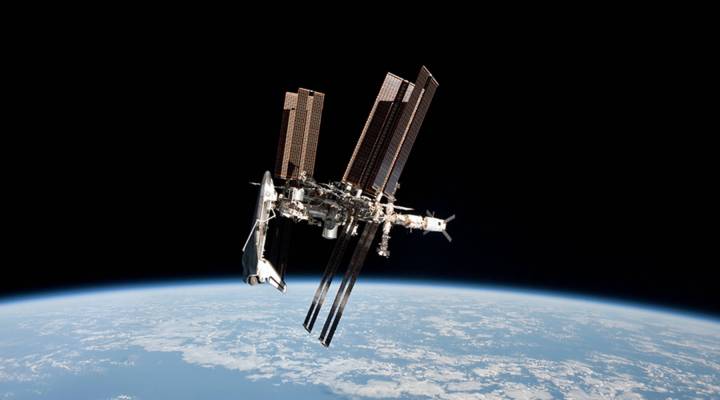 The Trump administration wants more privatization in space — specifically, the International Space Station. The administration’s latest budget proposal would see the ISS funded and run by private industry instead of the U.S. government. Marketplace Tech host Molly Wood spoke with Marketplace’s Kimberly Adams to unpack the most important aspects of the president’s budget proposal. The following is an edited transcript of their conversation.

Kimberly Adams: What this document really is is the administration saying, “Here’s what we think is important, and here’s what we’re planning to go in terms of our plans for space.” And so, you know, it doesn’t give a ton of detail about things and really what’s important is the trend lines — where and in what sections of NASA the money is going up and in what sections the money is going down.

Molly Wood: There is a bit of a headline though, it seems like, about the International Space Station. The proposal would end U.S. payments for it by 2025, have private industry take over its management. And that seems to be something that people are a little fired up about.

Adams: This plan does not say that the United States plans to deorbit the space station, as in cause it to come back down and crash into the ocean or something like that. They’re just saying that they don’t want to fund it anymore after this time period with the idea that private industry would step in and pay for its operation. And this is kind of the M.O. of the administration, because this is a way to potentially bring down the cost of going into space. Now then, about no longer funding the space station, it’s probably not going to happen. I mean, Sen. Bill Nelson, who is the ranking member of the Senate Commerce Committee, the only member of Congress who’s actually been in space, called this a nonstarter when he was talking to the Miami Herald. So the Trump administration is probably going to run into a bit of trouble.

Wood: Yeah. One of the other proposed cuts in this budget is for essentially all of NASA’s education program, which funds grants and scholarships. I assume space camp goes away here, and so then do we also have to have the “Amazon astronaut program”?

Adams: You know, we also have a real shortage of people going into STEM in the United States, and this has been a big complaint from business for years and years now. And you are seeing more businesses step forward and say, “Look, it’s a tight labor market, it’s going to be on us to push people into the pipeline.” And so I imagine if you’re sitting in the Trump administration, you say, “Look, they’re going to have to come up with these workers somehow anyway. Why should we pay for private industry to get the workers they need?”

Wood: So as you look at this budget, what’s your takeaway? What’s your kind of top line here?

Adams: It is a political document, because what we have seen especially in the last few months from Congress is that they are pretty much going to go their own way in terms of how and at what level they fund different government agencies. And unfortunately, the broken way that government gets funded in our modern politics means that the nuance of these things often gets lost in some last minute dash to keep the government lights on. And so, what happens is you end up with some top-line number and then later on, congressional aides, or people who work in executive agencies, hammer out all the details that may or may not see the light of day until they’ve already been decided. 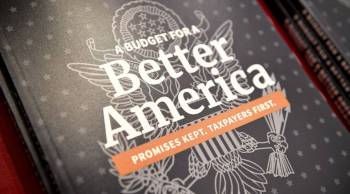 The president’s budget is not a done deal