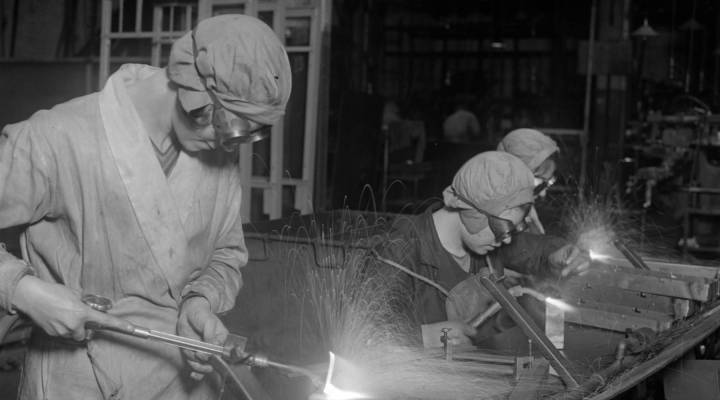 Our ideas about the relationship between the unemployment rate and inflation may be all wrong.

The latest jobs report revealed that the unemployment rate is at 4.1 percent for a fourth straight month — the lowest level since 2000. But that means that the economy may be heating up, which also means that the Federal Reserve may want to put the brakes on that by raising interest rates.

The group at the Fed that regulates interest rates, the Federal Open Market Committee, is gearing up to release detailed records of their latest closed-door meeting — the last with Janet Yellen as chair. The Fed has already suggested it wants to hike interest rates three times this year, but the big question this time around is whether the Fed wants to hike them even more frequently.

Chris Farrell, a Marketplace economics correspondent, joined us to explain why there’s room for unemployment to drop even lower. Below is an edited transcript.

Sabri Ben-Achour: So, there is a general assumption out there that as the unemployment rate gets lower and lower, we flirt more and more with an overheated economy where there is too much inflation. You question that.

Chris Farrell: Yeah. I mean, you can almost hear Karl Marx in the background muttering: “I told you, capitalism needs a reserve army of the unemployed.” And yet there’s the notion that more people working and more people earning money depreciates the value of the dollar, which is another way of saying “inflation.” There’s a lot of research that says that’s a deeply flawed idea.

Ben-Achour: Well, why is that? I mean, doesn’t it kind of makes sense? You’ve got a pretty low unemployment rate, 4.1 percent — wouldn’t you imagine companies would have to compete with wages?

Farrell: Part of it is there’s this idea that’s out there called the natural rate of unemployment. It’s the lowest rate consistent with stable prices. So when unemployment drops below that level, price pressures — you just can’t contain them. And the relationship held up pretty well several decades ago, but it’s broken down. The fundamental problem is no one really knows how low unemployment can go before inflation picks up.

Farrell: I think there is still a lot of slack out there. If you look at the employment to population ratio, it’s still below pre-recession levels. But here’s really the key. Wages have been going up — and, by the way, this is a good thing — but there’s fear that that’s what’s going to lead to inflation. But you have to ask the question: why are wages going up? And the reason seems to be right now that companies are doing better. And so what the higher wages reflect is a better economy. It doesn’t reflect too much money chasing the same amount of goods.