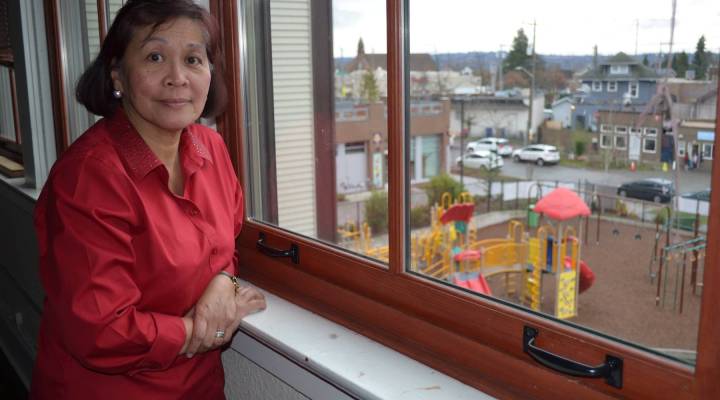 María Batayola says the planes flying over Seattle’s Beacon Hill neighborhood are so loud they wake her up in the middle of the night.

“I remember running to my son and saying, ‘Is there a war?’” she recalls. “’Cause it feels like it’s so low. Not only is it a stressor, it impacts your sleep.”

Airplanes make a lot of noise. And some researchers say that can hurt the health and productivity of the people who live near and under flight paths. That’s why some people affected by airport noise are calling on the federal government to do more to solve the problem.

Jon Levy is a public health researcher at Boston University. He says that when planes disturb sleep, “that can increase stress levels, and we know that increased stress is a risk factor for having hypertension or high blood pressure.”

And, Levy adds, airplane noise doesn’t just harm health. It can also affect people at work and kids at school, making it “harder for them to learn and retain information.”

“The only good news is the new 737s are quieter,” says U.S. Democratic Congressman Adam Smith, of Washington state. His district includes Beacon Hill, and he’s a founding member of a House caucus that focuses on aircraft noise. “But there’s a lot more of them, and they’re coming in at a lower altitude sooner, so a broader array of communities are impacted by it.”

The Federal Aviation Administration does have rules already in place about airplane noise disturbing communities. It requires airports to calculate how much noise pollution flights might be causing. Those calculations are used to decide which neighborhoods qualify for funding to soundproof houses, apartment buildings, and schools. But some question the accuracy of the calculations.

Under the FAA’s current rules, Seattle’s Beacon Hill isn’t eligible for that kind of money.

“The FAA needs to do more to help out communities impacted by airport noise,” Smith says. “They need to provide more money and more funds to help with mitigation than they currently do. So we’re working on legislation that will expand what the FAA can fund.”

The FAA comes up for reauthorization in March, and Smith is trying to put his proposal into that bill.