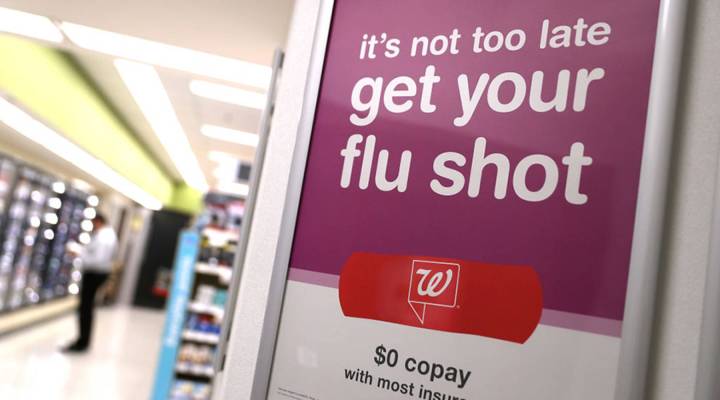 Since flu season began in October, roughly 30 of Dan Turner’s 140 employees have called in sick. His response to them?

“Rest, get lots of fluids, and did you remember to get your flu shot?” said Turner, president of IT consulting firm, TCG. “Hopefully they did because we actually paid for them to get the flu shots.”

This year’s flu season keeps getting worse. The hospitalization rate is the highest since the Centers for Disease Control and Prevention started tracking those numbers in 2010. For every 100,000 people in the U.S., about 50 have checked into hospitals over flu-related symptoms.

While the epidemic is taking a toll on schools, nursing homes and families, it’s also costing businesses billions of dollars.

This flu season could cost at least $15.4 billion in lost productivity, according to employment consulting firm Challenger, Gray & Christmas, Inc. It predicts that more than 18 million Americans will miss at least four eight-hour shifts due to the flu virus.

Even so, Turner’s response is how all employers should respond, said Ellen Kossek, a management professor at Purdue University.

“Americans are notorious for not using all of their vacation and sick time,” she said. “And it’s just not a great culture if you make people feel like they have to work when they’re sick.”

Kossek said bosses should provide cross-training, so back-ups can be available when workers are out.

And she said for sick employees who don’t get paid sick leave, and try to tough it out, “they run sort of a double whammy … they can’t pay the bills and they really can’t stay home as long as they need to fully recover.”

So, she said, they’ll often go back to work earlier than they should and increase the risk of getting other people sick.